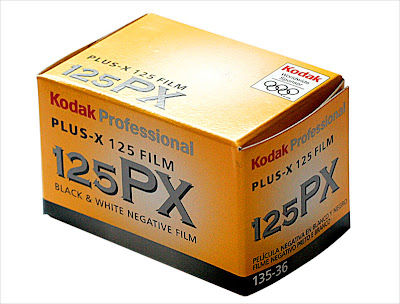 This film has been around for quite a few years, with a recent revision when Kodak moved its production to a new factory, here is a picture I took in 1985 on the original Plus -x 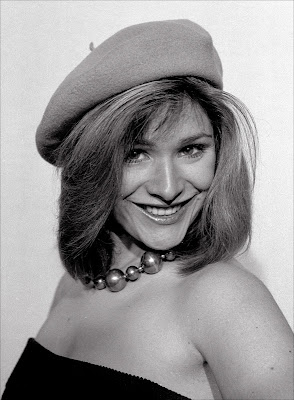 So I shot off a roll, and processed it in Rodinal for 13 mins at 1:50, taking the times from The Digitaltruth massive dev chart. 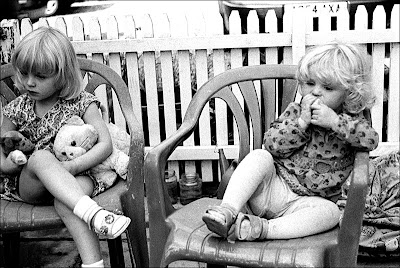 One thing I can categorically state is that when they 'updated' this emulsion they really changed it!
The massive dev chart times are based upon the previous emulsion, the result being overdevelopment of the film resulting in very heavy negatives with high contrast.
If you are scanning then it's very hard to get decent results, printing on conventional B&W paper you'll need grade 1-2 to give OK results. I tried very hard to get back the white fence in the background.

So in with another test roll, I rated this at the same ISO but this time after much evaluation decided on a Dev time of 15 mins at 1:100 dilution in Rodinal. 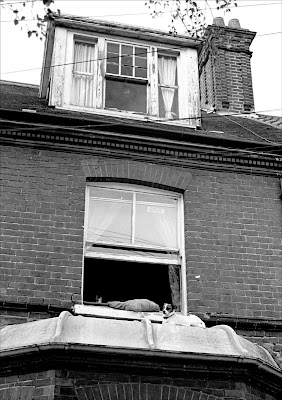 Now with the new time the tonal range is smoother, gone is the excessive contrast and the grain seems finer too!
So all in all a very good film, reasonably fine grained with a good tonal range, on balance I think the previous version of this film had better acutance and was a better emulsion overall.
Watch out for high contrast subjects, this film would be a good choice for studio portraits, suggested dev times are way off.

Next: Gigabitfilm All Images and text ©Mark Antony Smith 2007
Posted by Photo–Smith at 7:34 pm 1 comment:

You've Never Had it So Good! 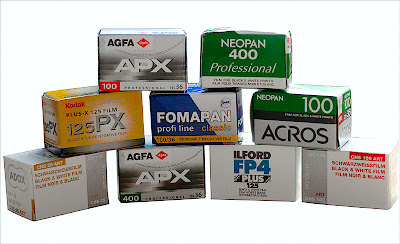 Its a digital world, everywhere you look digital this, digital that;– seems the whole world has gone digital crazy.
So, where in the grand scheme of things does photographic film stand?

There has never been a better time to buy a film camera, some can be found for peanuts, cast aside by their former owners in the rush to 'go digital'
But 'film is dead'! I hear the cry from the unwashed masses; well, not quite.
There are nearly as many film types/manufacturers as there were in films heyday, and furthermore there have been several recent introductions of new/revived emulsions.

One often overlooked advantage of film is that you can buy modern film, put it in a 1954 Leica M3 and get results that would have been impossible when that camera left the factory in other words, film cameras rather than becoming obsolete with respect to image quality are as good as the film of the day.
Furthermore put a modern lens on an old camera, with modern films will give equal results to the most modern cameras; you can't say that about a 10 year old DSLR.

This post was inspired by the cleaning out of my film fridge, I was staggered at the different types of monochrome film alone.
So which films for which subjects? Is Brand X 100 ISO as good as Brand Y? What about the difference between modern (T-grain) and traditional (cubic grain) type emulsions?
Over the coming months I'll endeavour to spotlight several different films, not in a formal USAF resolution chart type of way, but rather in a general 'feel' and comparative manner.
Films that I'll be trying out will include Gigabit, Ilford Pan F, Kodak Tri-x-pan, T-Max 3200 as well as those pictured above.
Should be fun!