August Sander was a German portrait photographer in the early 20th century. His photos have always attracted me because of the stark and direct nature of his subjects beautiful and yet slightly uneasy viewing.

He seems to have a directness of connection with the subject which although gives intimacy at the same time, the sitter almost always has a steely reserved distance.
His photographs are a 'slice' of German society before the war, including country peasants, musicians, writers and aristocrats. Here are some of my personal favourites:
﻿ ﻿
﻿ ﻿﻿ ﻿
﻿﻿﻿﻿﻿﻿﻿﻿﻿
﻿﻿﻿﻿﻿﻿﻿﻿
He published a book in 1929 called 'Face of  Our Time' (links to Amazon) which forms the basis of his an exhibition of his work 'People of the 20th Century' The book was not well recived by the Nazi's who destroyed some of the plates and negatives. Sanders images were probably too 'transparent' in the kind of society they showed, not exactly the modern image of Germany the Nazi's wanted.
August Sander's style has influenced many of his later 20th Century contempoaries such as Lissette Model and Diane Arbus the latter especially.
The Book Face of our time is a must for any portrait photographers bookshelf. 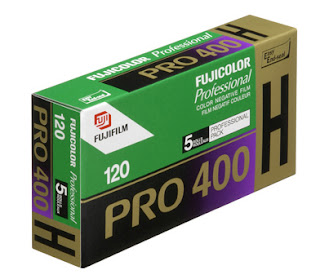 I've been using versions ( originally called Fuji NPH) of this film since the late 1980's when we used it for weddings and portraits and over the years the different versions have remained constant in their character, the latest version is Pro 400H.
The films main strengths has always been the fine grain and neutral colour rendition, albeit with slightly higher contrast than some rival companies emulsions.
One of the films particularly fine characteristic is it's rendition of light skin tones, where some might emphasise the red component 400H gives a 'creamy' skin tone almost similar to the old Ektachrome 64 Pro but without the coolness in blue/green areas. The Pro H is certainly less contrasty and smoother in tone than say Fuji Superia 400 or Kodak Gold similar to the old Agfa XPS 160. 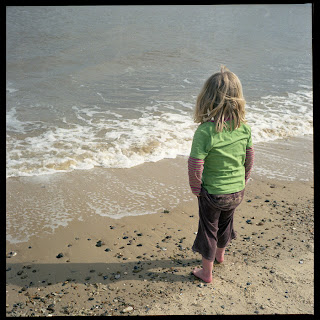 Along with it's slightly constrained colour pallete﻿ the film has very fine grain for a 400 ISO emulsion, probably not quite as fine as Kodak's new Portra 400 but so close as to be considered equivalent in many uses. Double click on any of the images to open a larger sized photo. 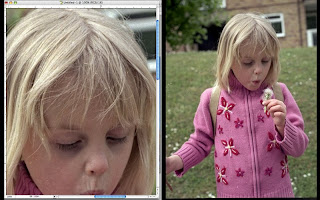 Just a rough idea of the films grain structure 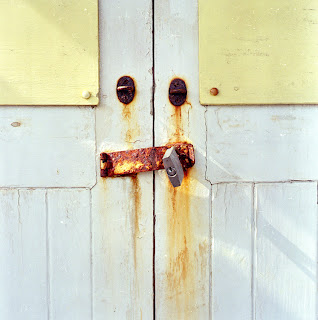 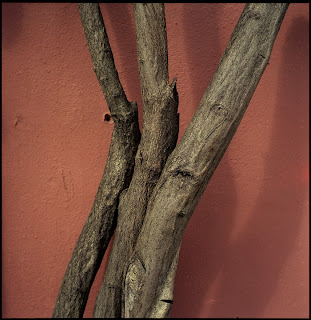 One of the benefits of being colour neutral and being able to record wide tonal ranges is that under certain lighting (early and end of day) you can get a almost three dimensional effect without excessive shadows or contrast although lighting and lens coatings will also play their part, in the above photo 400H clearly does help too.
In summation Fuji 400H is a fine emulsion, available in both 35mm and medium format, certainly one of my favourite colour films.