One Roll of Film –The Rosary Cemetery, Norwich, England

The Rosary Cemetery was the first non denominational burial ground in the UK. It was established in 1819 by Thomas Drummond a non-conformist minister; the first burial being that of his wife in 1821.
Norwich, a city in the east of England was like most places in the UK rapidly expanding during the 19th Century and a growing population also needed larger areas for burials.

The city also had a large congregation of non conformist worshipers including Quakers, Presbyterian and Congregationalists and these people had no burial ground as the law stated they needed to be buried in their local churchyards under the authority of the Church of England.
The meeting houses and Chapels rarely had land attached to them hence the reason for Mr Drummond purchasing the land.

The Rosary is situated near Thorpe Road not for from the Railway station and covers an area of 13.5 acres. The oldest part is where most of these pictures were taken, it has a wonderful faded grandeur the Victorians had a certain way of celebrating the lives and achievements of their citizens these memorials are really quite ostentatious to the modern eye; but reflect the status of those interred.
If you wish to see then larger just click on the images.
﻿ 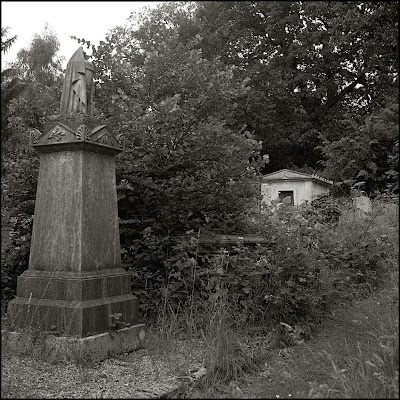 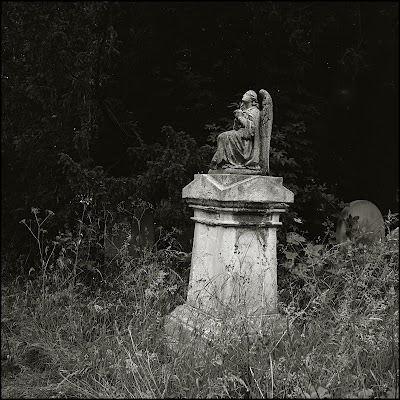 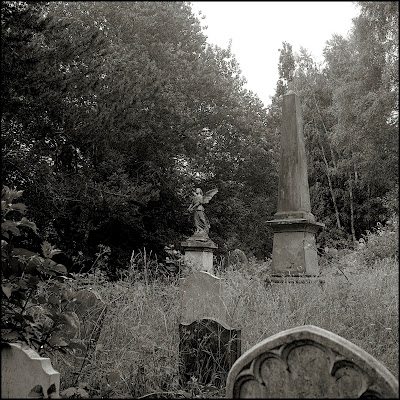 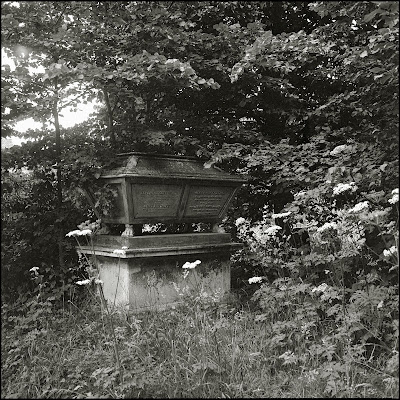 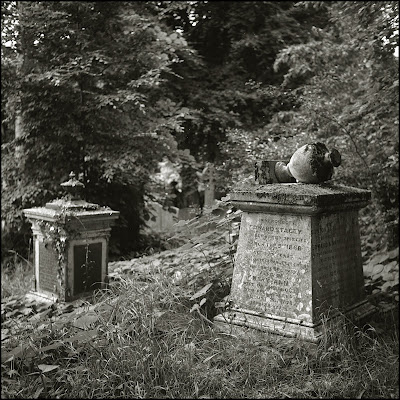 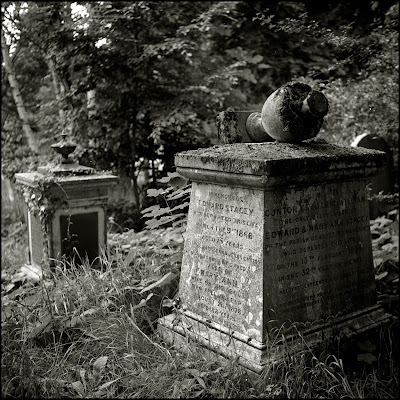 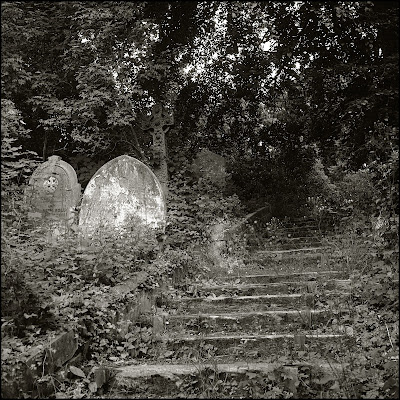 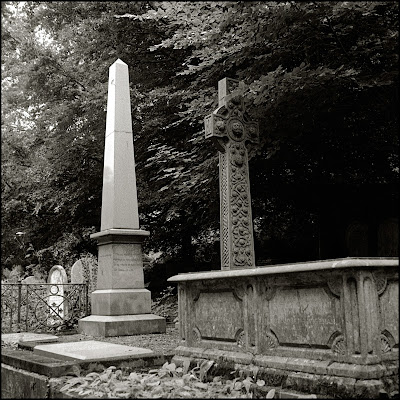 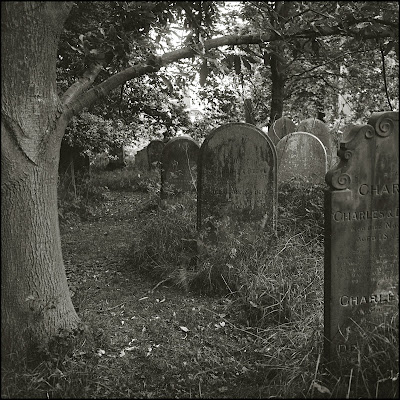 These images were taken on a Rolleiflex T with Ilford FP4 film developed in Rodinal 1:50 for 12 mins. It was part of a project that I has researched and planned and placed in a book of future projects last year.
They were taken on a dull afternoon just before the gates were closed, I chose this time and lighting to give weight to the sense of decay and faded splendour.
Posted by Photo Utopia at 7:03 pm No comments: Links to this post