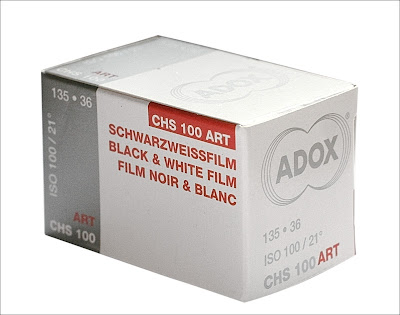 The Adox brand has had a very complex history. Originally a German company formed in 1860 by Dr Carl Schleussner to manufacter photographic plates both for cameras and X-Ray (Dr Schleussener was a pioneer in X-Ray photography).
Fast forward to 1952, when they introduced a range of 35mm films, renound for their thin emulsion and outstanding sharpness, which became very popular with photographers.

Ten years later Adox became the property of American company DuPont, who then licenced the film technology to Yugoslavian company Fotokemika, who kept on poducing the original emulsions under a new name EFKE.

Now into this century, and the films are still produced in Zagreb (Croatia) to the original 1952 specs, but the film has now returned back to the Adox branding- confused?
Well don't be! Adox 100 and EFKE KB21 are basically the same emulsion, not only that they haven't essentially changed since the 1950's
Here is a shot I took on EFKE KB21 (100) in 1991: 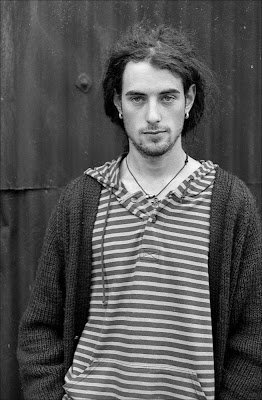 So how does the 2007 EFKE/Adox rate?
Firstly the film is packaged quite well, 120 rolls come in a neat container, 35mm come in the type of cassette that can be reused should you 'roll your own' and looks to be the same type as Ilford and Agfa used in the 1970s.
The films feel thin when you load them into the camera (and later in the film spiral for processing).

I set the ISO on my spot-meter to 100 as in my experience these are 'fussy' films that need good exposure and development to give best results. But when you get accustomed to their idiosyncrasies they can be more than rewarding, with smooth tonal range and very good sharpness.
Below is a shot of a local church taken on a rather dull afternoon. 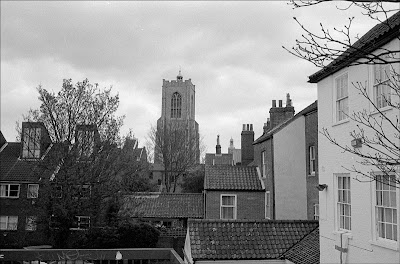 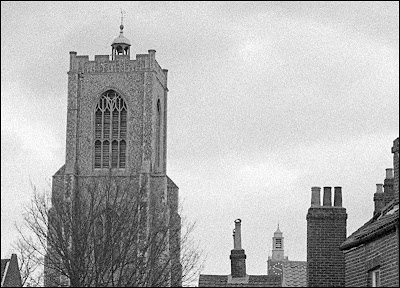 If you look at the lower centre right area you'll notice the time on the City Hall clock 3:47, the sharpness is pretty good for a cubic crystal (as opposed to T-Grain) film although in duller conditions I may in future rate this film at 80ISO or process it at 1:50 as the grain is quite visible in the sky area.

This film is one I would use if I wanted high sharpness, but needed long tones with just a little grain.

All Images and text ©Mark Antony Smith 2007
Posted by Photo–Smith at 12:17 am 2 comments: Links to this post 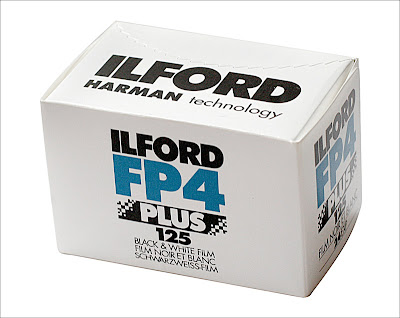 This film was the first B&W film I ever used, although now called FP4 'plus' it has very similar characteristics to the original.
One thing that has changed is the packaging which is a white box rather than the old black, something that has made me confuse it with Ilfords other 100ISO film Delta 100.
FP4 is a 'medium' speed (125ISO) film with quite fine grain and good tonal range. I feel (as do some other photographers I know) that it is best when slightly down rated to 80-100ISO and this is how I have used it for many years, as it gives better shadow detail. 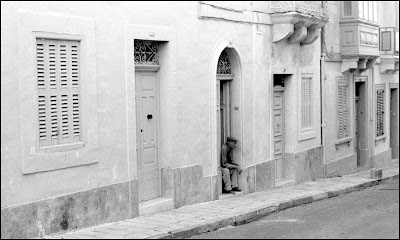 Whenever I come back to FP4 using it feels like I'm with an old friend; I know its basic character so well. It does most things very well which makes it a good all round film but personally I feel it can lack depth in certain situations, but most of the time it suits the job very well.
Grain and sharpness I rate as good, in fact if you look below I was surprised how good the 100% crop looks. 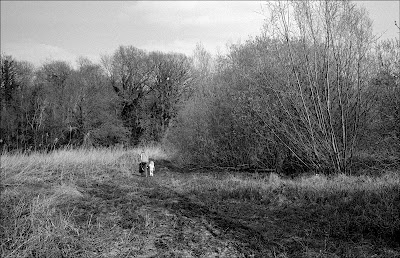 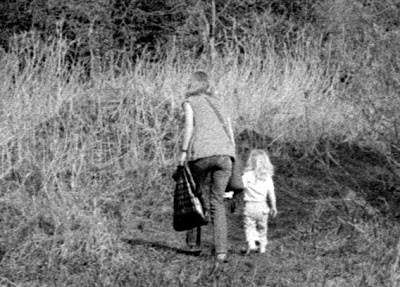 The Black bag has gold writing on it, and this can clearly be seen, definition is a little low but this could be the 1950's lens. Tonality is very good as this image was taken in bright sunlight, although I'm sure Rodinal helped preserve the scale.
FP4+ is a very capable film, and one that most photographers could use with confidence if they need a medium speed film.

All Images and text ©Mark Antony Smith 2007
Posted by Photo–Smith at 8:23 pm No comments: Links to this post