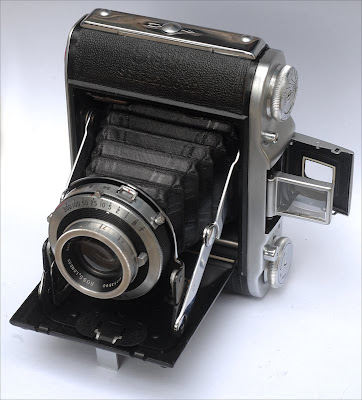 Ensign was the trademark of the British company Houghton-Butcher Ltd a company with a long history of camera and plate making. In the early part of the 20th century they were the largest British camera maker, and at its height in the 30's the Wathamstow works employed over a thousand people. After the war they found themselves with bombed out factories and in a poor financial state so joined forces with Ross the lens manufacturer and the camera factory was moved to the Ross Clapham Common works. The Selfix 1620 pictured here is a mark II model from around 1950 with a Ross Xpres F3,5 lens and has a negative size of 6x4.5. Model I cameras had an Ensar lens later ones had a built in finder rather than the alabada one the top model sported a Rosstar lens.

The camera is of excellent build quality, quite comparable to either Voigtländer or Zeiss, and has an interesting and quirky design. 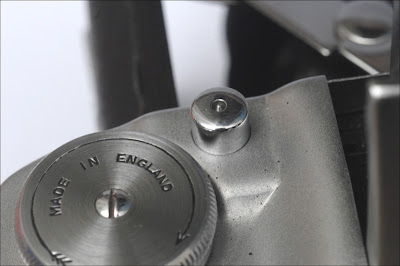 First off is the shutter release which is on the left side, which in itself isn't too bad except on the right (where you'd expect the shutter release to be) is the lens board door.
Furthermore if you look at the image above of the shutter button you'll notice a central pin. The pin is designed to depress with the shutter button unless you forget to cock the shutter!- let me explain.
If you wind on the camera and forget to cock the shutter which is a lever near the aperture when you depress the button the pin pricks your finger to remind you 'please don't do that' One can only wonder in this litigious day and age how this feature could be even considered or what sort of designer would create such a feature? was he forced to sit on a spike as a child and just getting his own back? 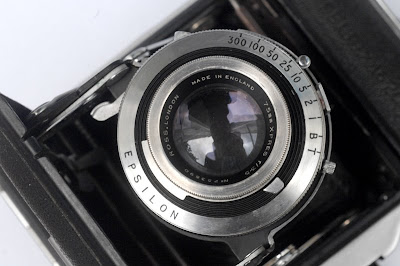 The lens is a Ross Xpres F3,5 which I've been told is comparable to a Tessar both in design and quality. he Epsilon shutter seems to have a similar range to a Prontor. The Selfix doesn't have a rangefinder so is as manual as you can get but after a while guessing both distance and exposure aren't as problematic as it would seem. 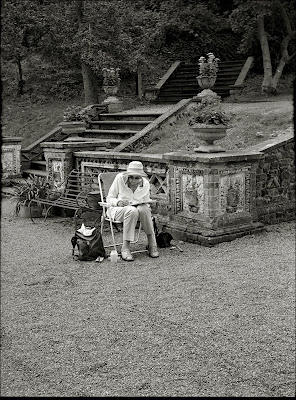 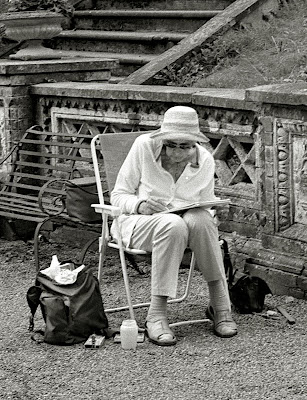 Certainly not bad, quite up to the standard of Zeiss or Voigtländer


The image below shows the inside, special things to note are the key ways for the roll which meant that the camera can use 120 or 620 type films the bottom of the holder is sprung and when pushed down makes a plunger release from the button making for easy loading. 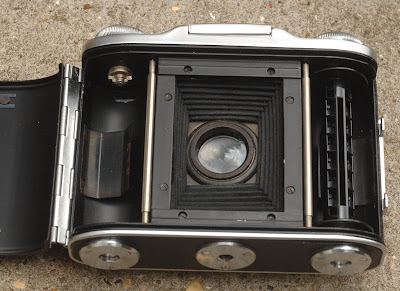 The following picture is just to show the size relative to my Leica, its not trying to suggest a preference for either. But it does show the relative advantage of a folding camera– medium format film in a small package, coupled with a good lens makes a very decent picture maker. 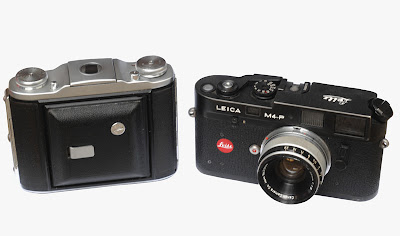 The Ensign Selfix is a great little camera if you stumble across one in a junk shop or car boot, it has its quirks (the finger pricking pin) and its main disadvantage is lack of rangefinder meaning you have to guess distance.
Also on a personal note it is the first British camera I've owned, and I remember my grandfather telling me about his Ensign 'bellows' camera.
Posted by Photo–Smith at 9:23 pm 8 comments: Links to this post 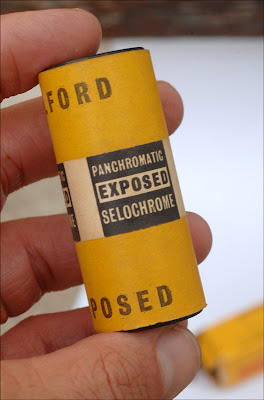 This roll was given to me by a local camera shop who hoped that I could get some images from the 40 year old film.
The film as you can see was loose wound and placed in a Kodak Verichrome pan box, then put in a draw and forgotten about by the owner who decided to process it this week! 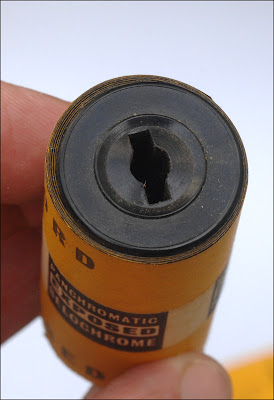 Having never used Selochrome before and not being able to find much info on the internet regarding developer times I decided to give the film a time of 20 min at 1:50 dilution, 20°c in Agfa Rodinal which I feel is a good low fog developer.
The lady who the film belongs too seemed to think it came from a simple box 'Brownie' camera and from what she tells me about the two girls (her daughters) these images were taken around 1967 judging by their ages. 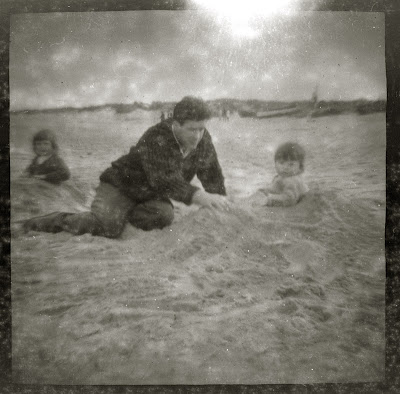 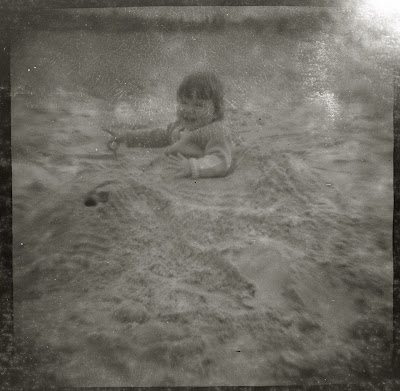 Although edge fogged due to loose winding and the backing paper has reacted slightly with the film in some way (probably moisture) the images are pretty clear and overall base fog is low enough for either conventional printing or scanning.
Another nice surprise 'Rip Van Winkle' film.
© Photo Utopia 2009
Posted by Photo–Smith at 9:05 pm 5 comments: Links to this post