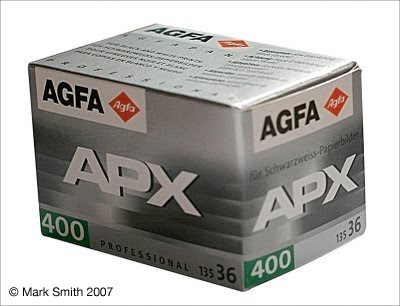 Another film from the now defunct Agfa. The Agfapan range of films were hugely underated in my opinion, and APX400 probably suffered in that respect more than the rest of the range, living in the shadow of both Tri-X and HP5. 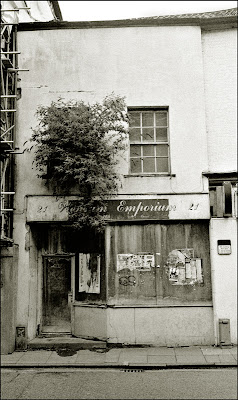 'Wensum Emporium' APX 400 at 1:50 18 mins in Rodinal (Duotone Record Rapid effect)
Personally I feel that's a shame, as it has the wonderful tonal range of the rest of the Agfapan films, with a lovely grain structure and accutance which compares favourably with Tri-x, and to me is preferable to HP5.
Below is a 100% crop of to show the grain pattern: 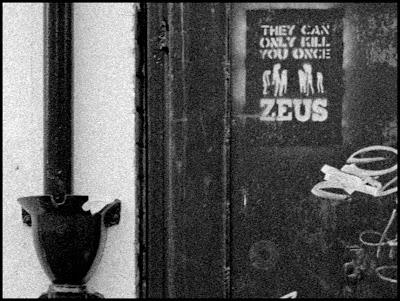 After Processing the film has a grey base colour, this is normal not due to base fog or poorly stored film, and although it prints/scans well, it may look strange if your normal film is something like Neopan.

It really is a shame about the demise of Agfa. I nearly didn't bother testing their films, but they are just SO good! If I hadn't given them at least a mention it would have been unfair as they are still available though many retailers.
When the current batch are gone one of the truly great photographic emulsions will be history.
So one to try out of curiosity but not a long term prospect. 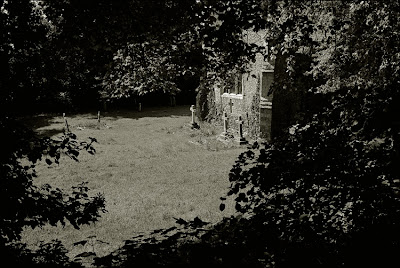 This photo is a picture of Thrigby Church taken from a high walkway (in a Tiger pen) I liked the cross in the wall, and I've aslso tried to mimic Agfa Record Rapid Paper (monitor willing).
To achieve the effect I made my own record rapid Duotone in Photoshop.

All Images and text ©Mark Antony Smith 2007
Posted by Photo–Smith at 3:17 pm No comments: 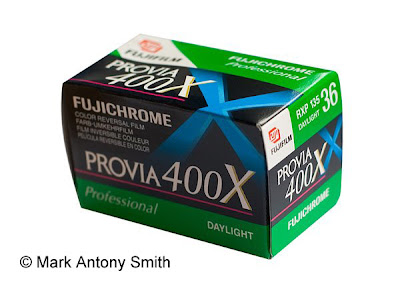 I first tried a 400 ASA slide film from Fuji about 17 years ago, in those days you were grateful of the speed and accepted the grain which was quite a bit 'grittier' than their 100ASA offering RDP but still good for a 400.
Recently Fuji released Provia 400X which is claimed to be the finest grained slide-film in its class with grain similar to that of emulsions a stop or more slower.
Here is the Advertising blurb:
"Fujichrome Provia 400X features Epitaxial Sigma Crystal Technology for ultra-fine grain along with new generation couplers and new colour correction technology for excellent performance and image stability".

Well I'm not exactly sure what "Epitaxial Sigma Crystal Technology" really means in respect to grain in the final image other than it's Fuji speak for their version of T grain and controlled crystal growth. Nonetheless ultra fine grain in a 400ISO and I'm all ears (and eyes) ; so what does the film look like?
Below is a shot taken in bright outdoor light: 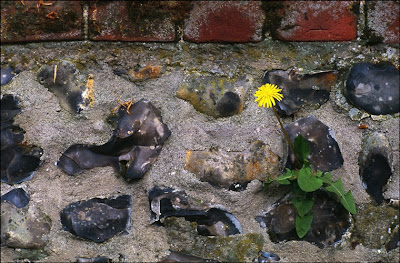 As you can see contrast is good, colours are clean and well saturated. On close inspection grain seems to be very fine indeed much as promised. 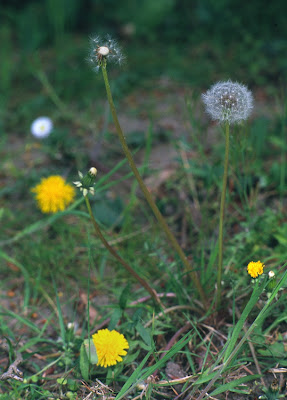 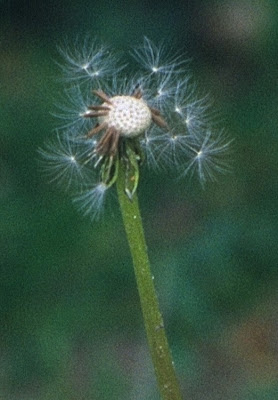 Looking at the 100% crop I was surprised how good this film actually is, very sharp and fine grained certainly as good as some slower slide films.
It impresses me that a major company like Fuji is committed enough to put out a film like this, especially as they produce digital cameras and sensors. I can't help wondering if we will see many more improvements to film technology as sales slow because of the continuing shift to digital, hopefully we'll see one or two more improvements in what must be films twilight years.