Colour perception and the role in making photographs three dimensional. 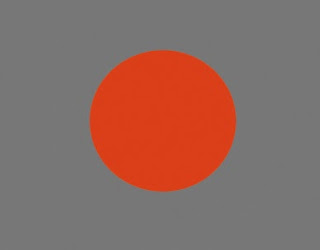 Take a look at the image above a reddish circle on a grey background. After a while the red will start to stand out with a 3D like effect you might even imagine the circle border is lighter on the left and darker on the right.
Now take the image and de-saturate it 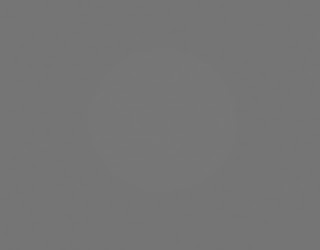 The circle has become invisible because the red had the same luminance value as the grey surround, that was one of the reasons it stood out from the background  in an almost three dimensional way.

So what practical use has an optical illusion in photography? How can the trick be utilised.
Take a look at the image below. 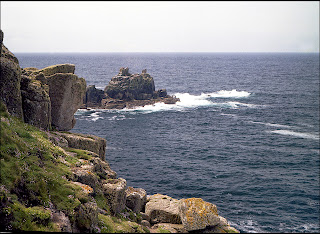 Notice how the rocks in the foreground seems to stand out from the sea? Normally you might achieve this by point of focus blurring elements in order to make the focus point stand out.

Not really possible here as the foreground and background are beyond the infinity focus of the lens.
Instead colour can come to the rescue, briefly the yellow sun has fallen on the rocks and contrasted against the blue sea.
Blue and yellow are opposites, and have a special role in our visual perception look out for this as it often occurs in landscape photography.

Posted by Photo Utopia at 9:14 pm No comments: