In Praise of Rodinal part II

In my previous Rodinal worshipping post I discussed some of the history and properties of the ancient liquid formula.
In this post I hope to describe some of the harder to define reasons why Rodinal is my developer of choice.

The characteristics of Rodinal
Rodinal is not the finest grained developer in the world, if minimising grain at all costs is your goal then there are better options available. That is not to say it is 'grainy' with care it can give fine grained results similar to developers such as D76/ID11.
I have heard many photographers over years that have been disparaging of Rodinal based upon it being a 'grainy' developer, I'n not sure this is the case my tests show a more 'tell it like it is' rather than having too many solvents or other grain blunting properties.

My Personal Rodinal Journey
In truth my first impressions weren't that great, not bad but certainly not good enough to displace the Ilfotec HC and Paterson Acutol products that had become my standard.
So what changed my mind?

In the late 1980's UK Photographic firm Jessops started supplying their 'own brand' B&W films which were made by Fotokemika (EFKE) these films were cheap (one pound for a 120 roll).
I really struggled to find a good developer combination, Acutol was about the best but I seemed to get inconsistent results the contrast seemed too high, lowering ASA ratings and times didn't work as I'd hoped.
One day I ran out of Acutol and had to do a shoot of a band on a Sunday afternoon, the only 35mm mono film I had was Jessops KB21, looking in my darkroom cabinet I saw a little 125ml bottle of Rodinal and in a that'll have to do attitude I decided to use the stuff.

I wasn't prepared for the results I obtained, smooth tones, sharp edge definition-surely this couldn't be the cheap 'quid' film I'd been struggling with?
Here are the shots.... 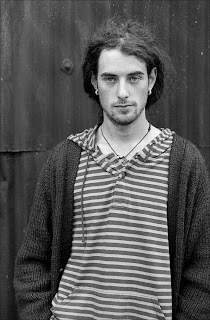 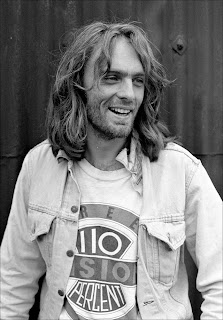 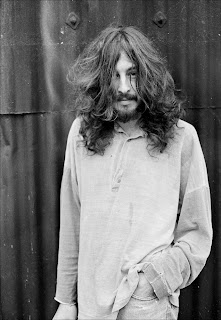 With all the other developers I'd got good sharp negatives but I'd never seen mid tones quite as attractive, the combination worked and I'd stumbled upon it.

Dilutions and their effects on image results 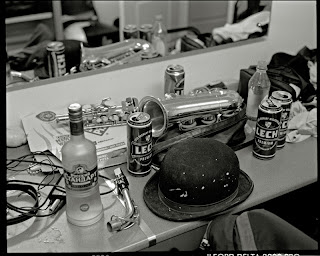 One of the greatest properties is how well it works at different dilutions, 1:25 which I only use for faster films like Ilford Delta 3200 I feel that this dilution although OK doesn't fulfil the potential and can give slightly grainy results, in fact it might make some users ask 'whats the fuss about this developer".

I feel the best dilution is 1:50. At this dilution Rodinal excels at bringing out a beautiful mid range brilliance, tonally I find it hard to beat as if it somehow provides more separation.
The most amazing property is that at higher dilutions the highlights are without equal, the  way it seems to preserve highlight information as well as the shadow detail is uncanny.
With higher dilutions a compensating effect makes the diffuse highlight (last decernable detail on paper) and the specular highlights which are close to paper white never clash, giving a glow that often makes images look three dimensional.
All this is hard for me to put into words, I see it in the print the following images are an attempt to show this in the digital domain (although monitors may not give you the range, you might just get a rough idea) 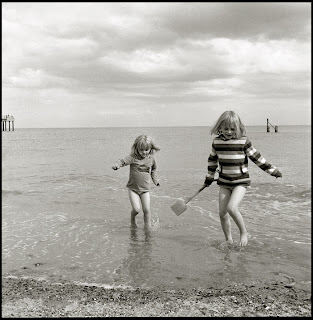 Click on the images to get a higher resolution version 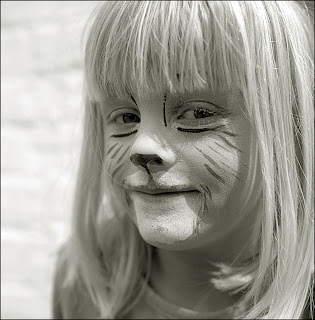 The images above don't really do the prints justice, but serve to show my points, the white wall and the girls hair are in full sun yet the hair (in the print at least) retains detail.
Likewise the beach scene which although not as bright still retains good highlight separation.

The final dilution I use is 1:100 which brings into play 'edge effects' especially when combined with less agitation, you get them to some degree at the 1:50 but 1:100 with agitation of one inversion per minute really makes them noticeable.

Agitation and the effect on the image
Rodinal has one other incredible property–low agitation causes few or no processing marks. I know of no other developer that lends itself to this technique better, most other developers will suffer from bromide drag (marks from the sprockets or film edges) Rodinal seems much less susceptible in this respect.
In fact I'd go further, it seems to have better highlights-shadow and certainly less grain at higher dilutions with less agitation. I have found a slow roll (rather than complete inversion) for 1 minute followed by a slow rolling 'inversion' every following minute is the sweet spot for me.

Pushing with Rodinal
Yes it can be done, although some feel it isn't suited to this task and may prefer speed increasing developers such as Microphen– Rodinal can actually be quite a surprise.

The secret is to expose for emerging shadow detail then stop down two stops (I'd do this with any negative film developer combo). Once you've exposed correctly a high dilution and low agitation will give good results here is Fuji Acros 100 exposed at EI800 and developed for twenty two minutes at 1:100 with my standard agitation. 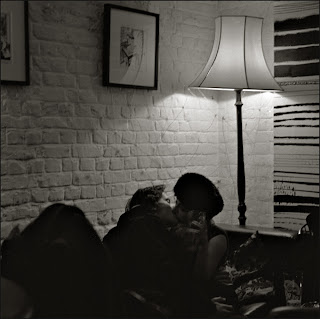 The above was shot at 1/8 second with little or no light apart from the standard lamp n.b how the highlights have been retained. Yet you can still see the name of the beer on the glass and some shadow detail.
The most probable effect is one of highlight compensation from the high dilution coupled with low agitation allowing the highlights to exhaust the developer while the shadows 'catch up'

Conclusion
Rodinal is no panacea I don't wish to give that impression, some will decry its portrayal of grain in fast films (which I like) Just try HP5 or Tri-x in a diluted solution it will give superb tonality and a hint of graininess. 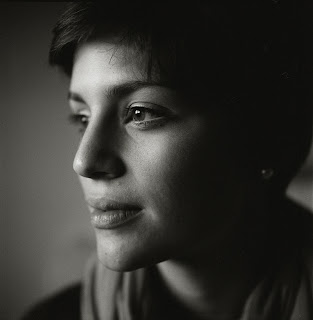 Posted by Photo–Smith at 10:44 pm 3 comments: Links to this post