Next is another iconic film Kodak Tri-x-pan. I know a little more about this film, it came from a professional photographer and was shot in a 1960 Rolleiflex link
Here is the film: 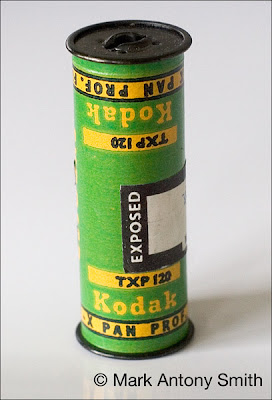 I processed the film in stock ID11/D76 for 9 mins. I had some idea of the content as the photographer has written on the paper seal 'Warrington & snow scenes. 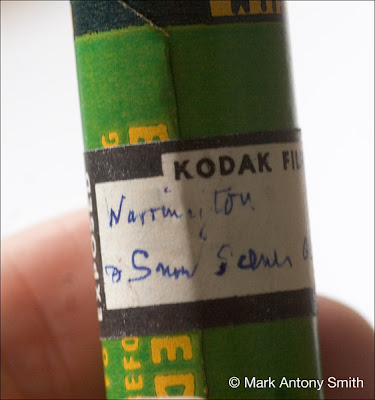 Sure enough on developing the images there were several snow scenes of a house and some shots of a seed factory. 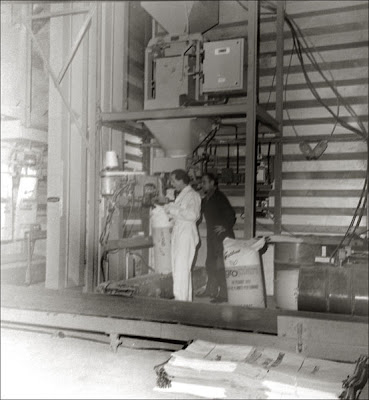 A close up of the people and seed sacks. 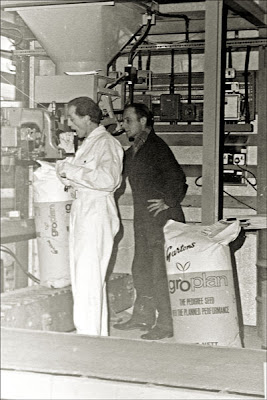 The close-up shows the name of the company 'Gartons' and a google search quickly showed me that there was indeed a Gartons of Warrington seed factory, although they are no longer trading.
Here is another shot of the factory 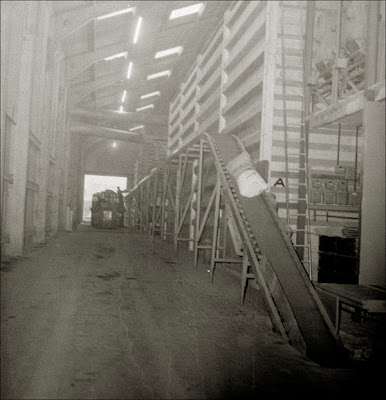 And finally a shot of the house in the snow 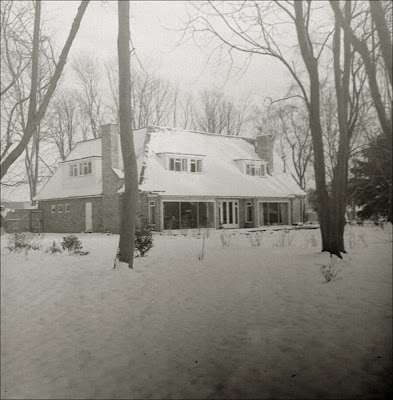