The Great War in Colour 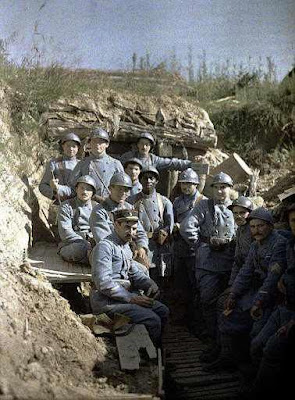 Like most people my overriding image of the first war is black and white, a war fought in shades of grey. These pictures are shot on a early colour film called 'Autochrome' when I first saw the pictures of the French soldiers above I was amazed that they fought in beautiful light blue uniforms I'd previously imagined that they would be grey. 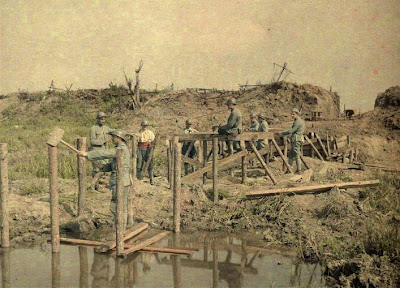 Building bridges in no mans land. 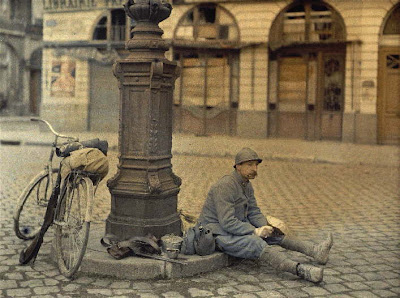 I love this image, just beautiful. I call it a centime for your thoughts.

Autochrome was the first commercial colour process, patented in 1906 by the brothers Auguste and Louis Lumière. The process was an ingenious one, using potato starch grains dyed different colours coated very thinly on a panchromatic mono emulsion here is the Wikipedia description of the material and its process.
Beautiful images of a very turbulent time in European history, this post is made on remembrance day 90 years after the end of the war in which these photo's were taken.
Spare a thought for the sacrifice made, by men and women from all sides.
Posted by Photo–Smith at 1:32 pm 3 comments: Links to this post 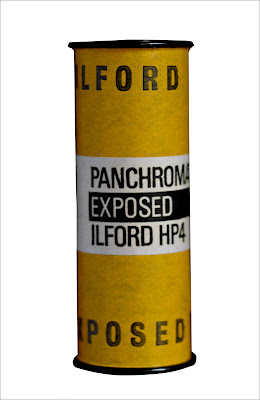 Ilford HP4 was introduced in 1965 as a replacement for their HP3 emulsion, although the two were available concurrently until 1969 when the earlier emulsion was phased out. HP4 was rated nominally at 400 ASA when processed in ID11 and 650 when developed in Microphen and was priced at 4/6 (23p). The emulsion was replaced in 1976 by HP5.
This film was given to me for processing by Phillip of Phillips cameras on Fye Bridge in Norwich, who has been the source of a few previous 'found film' posts.
Adox found film
Kodak Tri-x

I made the decision to process the film in Rodinal at 1:25 at 20c for 7 mins with 2 inversions per min agitation. No pre-wet was used and fixing was for 5 mins in Ilford fixer.
The film showed a fair amount of base fog which is normal, along with a mottled effect probably due to dampness.
There is only one image on the film: 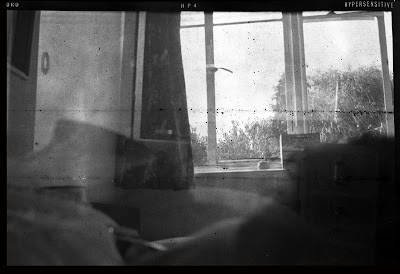 Immediately after this shot is a large over-exposed frame, my guess is this was a camera test and after exposing the first frame the shutter 'stuck' and this roll was shoved in a draw for 30+ years until passed on to me.
Not a great find, but some of the info may be useful for others finding old rolls of HP4

Words and Images © Mark Antony Smith
Posted by Photo–Smith at 11:14 pm 6 comments: Links to this post