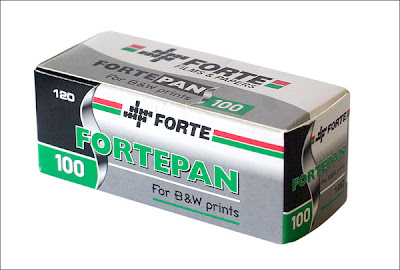 Forte were a Hungarian photo materials manufacturer, I say 'were' because as of last year (2007) they ceased trading.
So rather than this being a test of a going concerns product it will now be only of historical interest after the remaining stocks are used up.
I believe the Forte factory was originally built by Kodak as part of a European expansion program in the early 20th Century. I would imagine that after the war the plant now being in the Eastern Bloc meant that Forte were put under government control, but there doesn't seem to be much about this on the internet (I'll slot info in here as/if I find it).

I can only source the film in 120 Rolls and have no experience with the 35mm so this test was solely shot on 120.
I started by exposing at the box speed of 100ISO and developing the film for 10 mins in Rodinal at 1:50.
The resulting negatives looked pretty high in contrast, and a little low on shadow detail even for the bright lighting conditions. 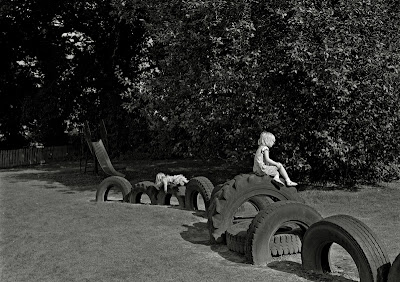 Looking at the 100% crop, grain seems OK not as good as FP4, APX or Plus-x but acceptable. 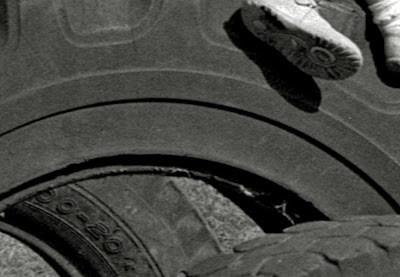 You can tell that this film is old technology even compared to 1970's Kodak or Ilford emulsions, I would imagine that the film is similar to films from the 1940's or 50's which is not a bad thing if you want a slightly 'retro' look.
To be fair to this film it was very cheap, and I originally bought it to put in my 1930's Bessa for which it was perfect.
But if I were to use it in a modern camera I would rate it at EI50-64 and drop the development time by 20% (8 mins 1:50 in Rodinal) in order to cut the contrast and improve shadow detail.
I still have a few rolls left so possibly I'll add to this test my results with amended exposure and development times.
OK I've tried about 6-7 rolls of the Fortepan now and I have to say I really like it!
I bought the last 10 rolls from Retrophotographic although they still have some 400 left (at time of writing– Feb 08)
I think the settings that work for me are rating it at EI 64 then developing in Rodinal 1:50 for 8 ½ mins.
Here are some images: 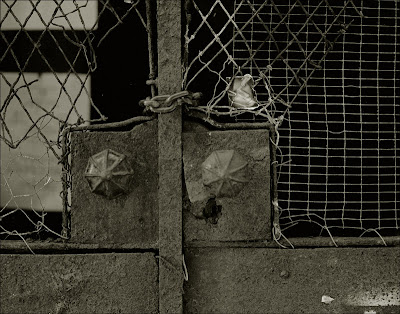 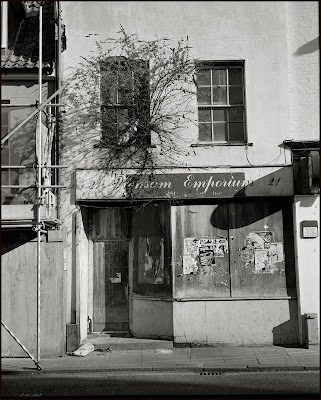 I really a shame this film is no longer in production, try a roll while you can.

Images and text © Mark Antony Smith
Posted by Photo–Smith at 1:37 am 5 comments: Links to this post