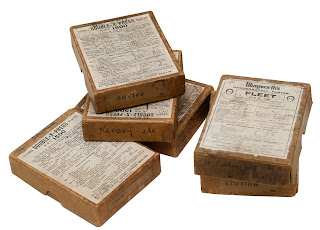 Whilst out and about I came across some glass plates, all the same size and age (between 1932-34) they pre date ASA ratings so show the H&D (Hurter and Driffield) speed 1500 being roughly about 16 ASA.

Similarly the Illingworth plates have formula's. Thomas Illingworth & Co were a British plate manufacturer, Thomas was from Halifax and had a photography business at 41 Crown Street in that town.
Later he moved to London and there he started his plate making business which he ran until his retirement in 1922. His eldest son Thomas Midgely Illingworth took over the business when his father resigned as Managing Director. (He died the following year.) Thomas Midgely Illingworth pursued a policy of co-operation with the larger firm of Ilford and became a Director of Ilford when the two companies amalgamated.
By the early 1930's they had been absorbed by the Ilford company, which is about the same time these plates were made.

The negatives are all of towns and villages in Suffolk, UK and mostly churches and large buildings  very few of the subjects have changed much in the 80 years and disappointingly there are not many images that have people or cars.


Initially I thought I might take a trip to re-shoot some in this century, but as so little has changed I'm not sure it will be worth it. I will scan a few of the best ones ad add them later. I'm glad I bought them if not just for the developer formulas.

Posted by Photo–Smith at 9:08 am 3 comments: Links to this post 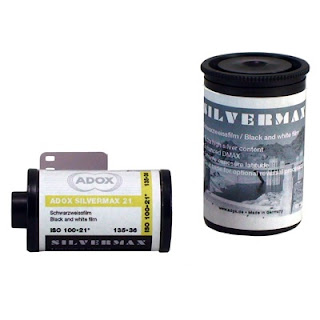 From the Adox website:
SILVERMAX contains about double the silver compared to regular films which enables it to build up higher DMAX and reproduce up to 14 zones in our dedicated SILVERMAX Developer.
This way SILVERMAX catches it all for you from the brightest highlights to the deepest shadows.
SILVERMAX is incredibly sharp due to the anti-halation layer between the emulsion and the base which also helps enhance detail contrast.
SILVERMAX features an extremely fine grain, comparable to tabular-crystal films.
The speed and covering effect comes from the high silver content.
SILVERMAX is coated onto clear triacetate and can be reversal processed.

(Note: this film is made in a separate factory to the Adox branded EFKE films so is unaffected by the recent closure of Fotokemika) 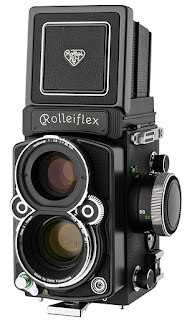 The new Rolleiflex FX-N has a re-designed Heidosmat 2,8/80mm viewing lens coupled with a Rollei S-Apogon 2,8/80mm taking lens.
Most of the specifications are the same as the old FX model; the N designating the new viewing lens which enables the camera to focus to a closer focus distance of 55cm.
Most of you who read this blog will know how much I like my Rolleiflex cameras, and it's really good news to hear the about the introduction of new cameras after the problems the company had a while back.
They also introduced a new version of their Hy6 model 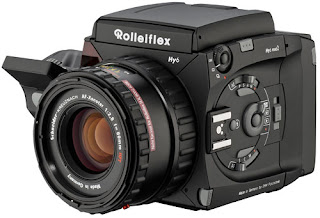 Although the image shows the digital back the camera can accept a roll film back giving studio photographers the option of shooting film as well as digital. 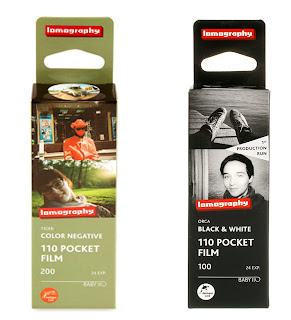 All you 110 camera fans can now rejoice with the introduction of these new films from our favourite low-fi vendor, further info can be found on the Lomo website
Lomography also introduced several new cameras a 110 fisheye plus a LC-Wide compact camera with with a 17mm lens–Link here. Also interestingly a Lomokino movie camera: 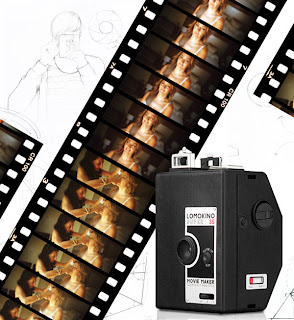 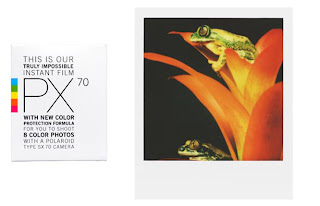 The new PX 70 and PX 680 Colour Protection film Impossible takes a huge step in terms of ease of handling and image quality. An innovative colour protection formula improves the opacification process, finally allowing for easy shooting without the need for immediate shielding of the photos.