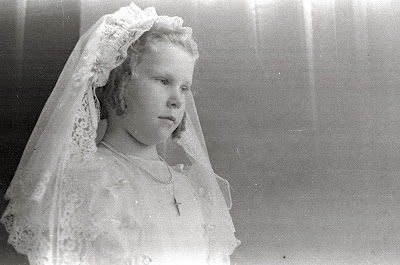 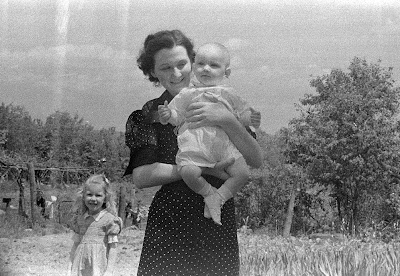 This is the second roll, much better than the first with less fogging. One thing is for sure this guy was a very good photographer!
more later...

© Mark Antony Smith
Posted by Photo–Smith at 12:49 am 6 comments: Links to this post

More images from the 1941 Agfa Ultraspeed bought on ebay.
The reason for the hiatus between developing the next batch was in order to get a more suitable developer, and after seeking advice from a few people (thank you) i settled on Ilford ID11 (Kodak D76) at stock dilution.
The main reason for this was to minimise grain and as it was pointed out to me that it is similar to Agfa 17 the developer recommended on the enclosed data-sheet.
anyhow here's some images: 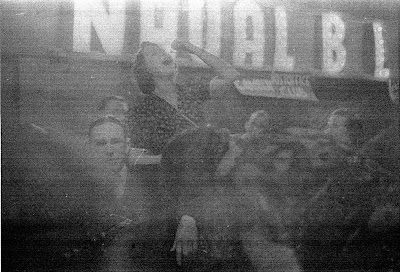 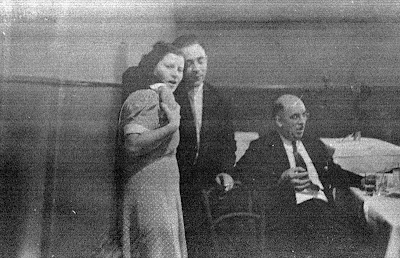 There are more on my Pbase account (link in sidebar)
Well I think I've found where these images were shot. On the wall under the 'Naval' banner is a smaller banner which says 'Camden Post Office Club' I think it is highly likely that it is Camden NJ that we are seeing as it is only a short distance from Reading PA (where I bought the film)
We know when, what City, who...
I'm digging..
So far I may know one name the man seated in the lower picture, I'm waiting for confirmation from a local historian
keep digging..
© Mark Antony Smith 2007
Posted by Photo–Smith at 11:35 pm 3 comments: Links to this post