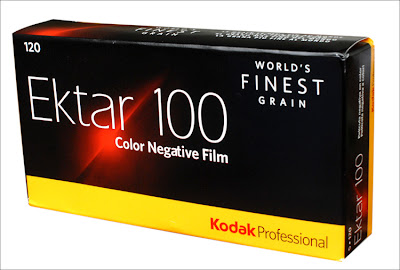 It is now over a year since Kodak announced the 35mm version of this film, after which many photographers asked for it in 120 size. After a few months Kodak obliged releasing a 120 version. I have a review of the 35mm emulsion here Ektar 100 35mm
So why review the medium format size?
My feeling after over 6 months of use (about 10 rolls) that the two are slightly different in character, I'm sure that its not just the format or the cameras, I actually think they behave in a different way.
First of all some tests that as normal centre around a Kodak No13 colour chart taken in a shaded area, first taking a 1 per cent spot meter reading from a grey card then taking -2 N and +2 exposures 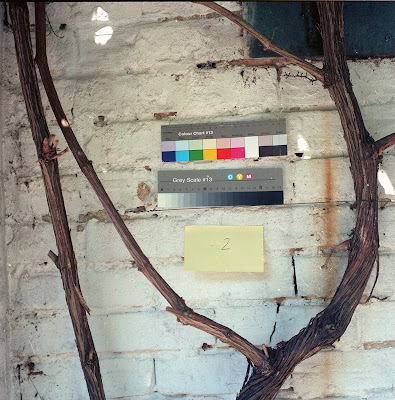 The -2 has a slight lack of shadow detail, but just as with the 35mm shows an acceptable result, slightly more grain and lower contrast with a slight colour cast . 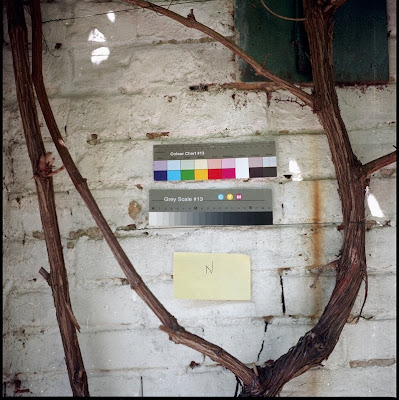 he normal was the easiest to scan and wet print, good colour and contrast greys remained neutral 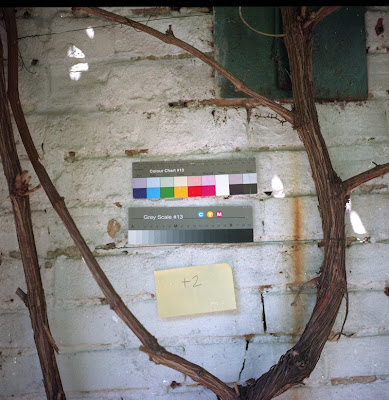 The +2 has better shadow detail, but seems to have a blue/magenta cast which although can be filtered was in my opinion not as neutral as the normal neg 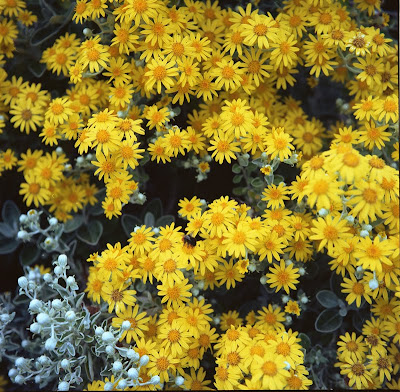 In bright sunlight colours are saturated,but detailed, slightly more conventional than the 35mm Ektar emulsion but in the same ballpark. 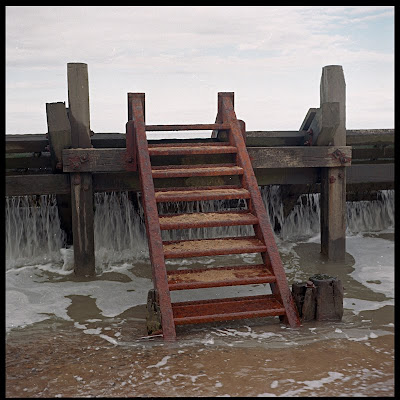 This shot and the following shot were made in quite dull conditions and for me this is where the results are different from the small format version. I would have thought that colours would remain fairly saturated, but in fact what I got from the two rolls shot on this day would be similar to what I would expect from Kodak Portra 160. I know what you're thinking that in some way they are under-exposed or possibly processing may have been different. 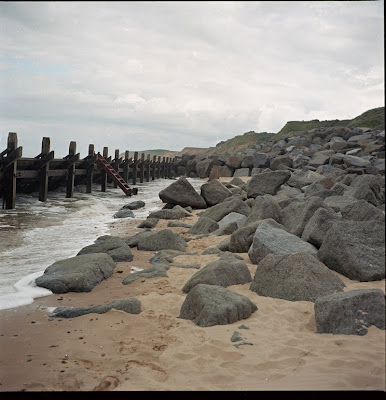 Seeing these results raised doubt in my mind about firstly my Minota spotmeter which checked out fine and then with the processing. In later trials though I tested the film in both cloudy and full sun and can confirm that the 120 film has slightly more muted colour when the weather is dull. I can say that I haven't come to this conclusion lightly and have actually re-written and put back this review until I felt that I had repeated consistent results from different cameras, processors and conditions. 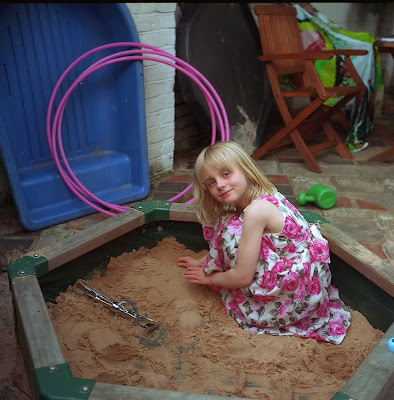 This shot was taken in shadow and was to see how the film rendered skin tones, overall Ektar impresses me how it boosts reds and blues and yet gives quite natural believable skin tones, it does this with both versions of the film in a similar manner, I'd imagine it would be a great choice for fashion photography.
Something I've noticed though is a slight tendency for cooler colours in the shadow regions, this in my opinion is more so with the 120.
My overall conclusions are that this version of Ektar is similar yet not exactly the same as the 35mm version. So if you need a very fine grained film with good (yet not over the top) saturation especially in the red and blue parts of the spectrum this film is well worth a try.
Posted by Photo–Smith at 12:36 pm 9 comments: Links to this post