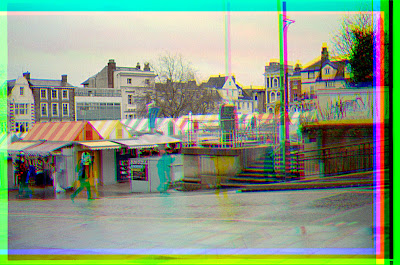 Norwich Market– B&W Tri-x-panchromatic film
What? I hear you say, surely thats the wrong way round?
No the title is correct, I'm going to demonstrate how to make your favourite monochrome film into a true colour image.
The whole idea behind this post came in a Eureka moment whilst showing a photographer the channel mixer method for obtaining better black and white from colour images in Adobe Photoshop.
Colour digital camera images are normally made up of three mono images one representing red one blue and one green. When these are combined the information makes up the colour image.

I explained to the photographer, 'each channel is rather like a b&w photo taken with either a red green or blue filter over the lens' and then it struck me I could do it the other way and use a normal mono film like say Tri-X or Ilford Delta and get colour results.

If this all sounds far fetched and you doubt my sanity (don't worry I do too) other photographers have used similar methods over 100 years ago (not with Photoshop though). One particular example is Russian photographer Sergi Prokudin-Gorskii who made some very fine colour images in the period 1905-1915.

So how is it done? how do you make colour Tri-X-Pan?

First of all you will need a red, green and blue filter to put over the lens, your favourite black and white film and possibly a tripod.

Load the film as normal, screw in the red filter and take your first shot (remember to compensate for reduced light if you are using a non TTL camera) then carefully unscrew the red and replace it with green, then repeat for the blue.
I find it easier to do in RGB order so that I can identify the frames later.

Process the film as normal, you should have three slightly different looking negs.
These now need to be scanned in greyscale, saving each image with an R or G, B so that later you can remember which one is which. 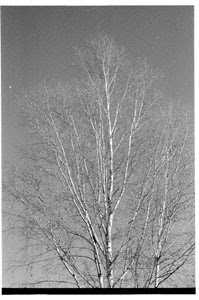 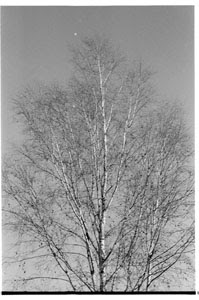 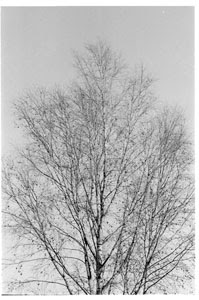 Blue Filter
The resulting files should all have exactly the same pixel dimensions i.e 3000x2000.
Next open each one of the 3 in photoshop and then with the red open click on the channels tab and select the merge channels option from the palette 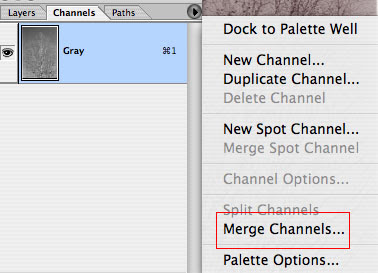 The merge option wont appear if your photos don't have the same pixel dimensions.
Next the RGB option needs to be selected. 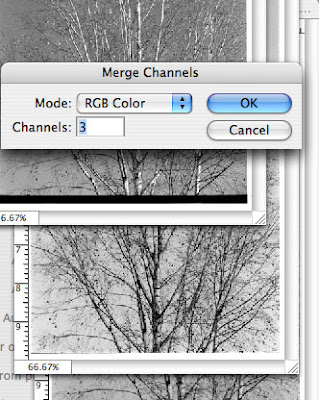 After that it will confirm the 3 images you'd like to merge.
My first result looks OK the wind moved the trees during exposure causing some 'off register' colour fringe but I think after a little more practice, possibly a tripod and no wind would yield a better result:
Ladies and gentlemen I give you colour Tri-X 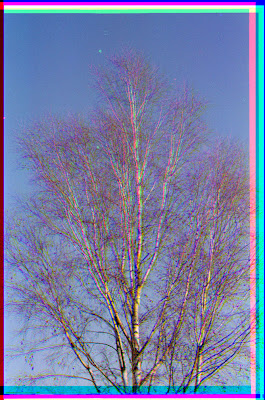 The above 'experiment' just makes me realise how good the work of Sergei Mikhailovich Prokudin-Gorskii and others that used this process really is, and I'm pretty sure that armed with a tripod and finer grained film that I'll give this another try.
Here if anyone is interested is my try on a finer grained film (Agfa APX 100) and a tripod. 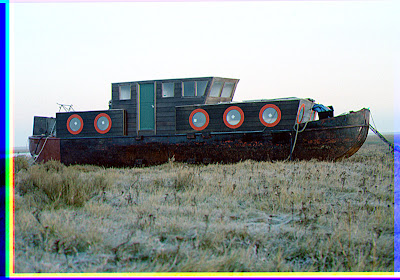 Taken just after dawn the main problem here is that slow film, little light and filters mean an exposure of 1/2 sec at F2,8
I like the shot anyhow which is of a ship used as a shed by bait diggers, I particularly like the brand new red windows which still have the retailers stickers in the centre!
And a final one closer. 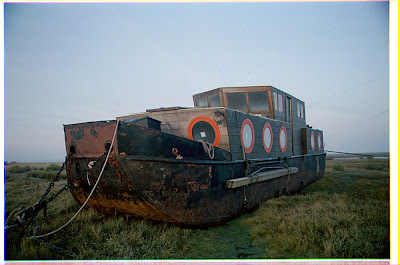 All in all an interesting process and one I shall play with in the future
EDIT: Since drafting this post I've become aware of others who are using similar techniques one such person is Henri Gaud whose blog Le blog de la Trichromie is an interesting read.
All Words and images © Mark Antony Smith