Printing out paper or POP as it is often reffered to has been around since the 1880's and is one of the first gelatin based photographic papers.
POP has a very slow photographic speed, that is you need quite a lot of light to make an image, so much so that it can be handled for short periods under indoor lighting.
The normal method for printing an image is to put the paper into a printing frame (I used a photo frame) and contact print negatives by placing them on the paper so they are sandwiched between the glass and paper–this keeps them nice and flat. 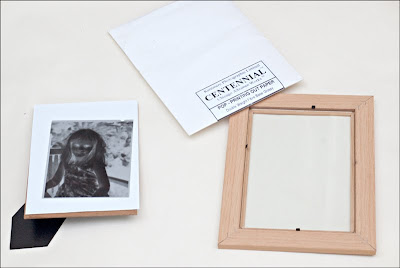 I am using a 4x5 negative in order to give a good image size, negatives can be made from any image by inverting B&W images in photoshop and printing on transparent film 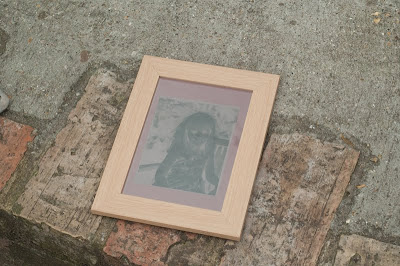 The next step is to place the frame outside in sunlight, I have found that a bright slightly overcast day gives the best results, trial and error being the best method of exposure, my times are normally between 5-15min the shorter time would be in bright light the later in open shade. 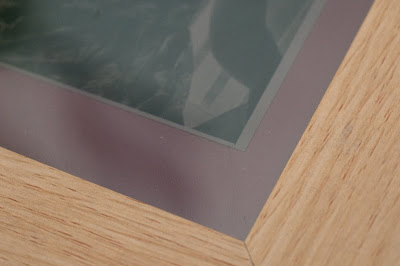 You can tell when the exposure is nearing completion as the area that was paper white begins to turn a plummy brown. 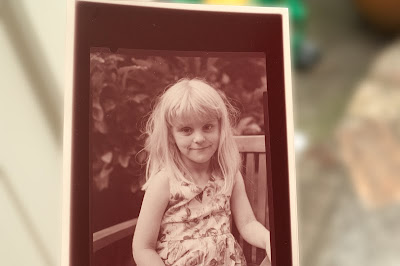 When taken from the framethe tones can be anything between yellow-red to purple-brown, and in this state the photograph isn't stable, that is bright light will fog it. 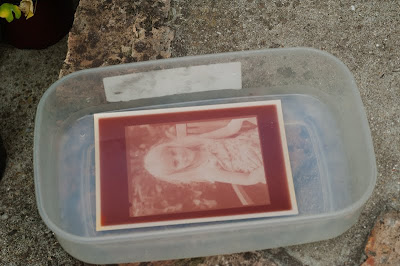 In order to 'develop' the print it must first be briefly washed to remove the excess silver nitrate which gives the image a better stabilty, and also causes the image to turn yellow/red and become slightly lighter.

The resulting image can be fixed in plain hypo for further image permanence this can further lighten the print and change colour.

My personal preference is for the plum colour, and I have scanned the image straight out of the frame to keep a digital record. 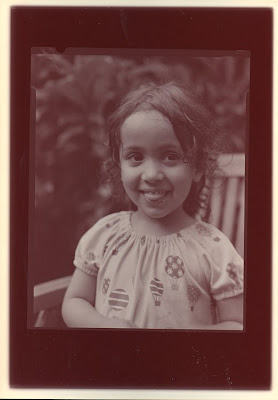 Many people have suggested to me that gold toning will give a cooler brown result and I'll probably have a play with that.

It should be noted that since I bought this paper that Kenmere have discontued it, if you would like to try it you'll have to make your own paper or try the similar modus of cyanotype like papers made by this toy company I feel another blog post coming on....

Posted by Photo–Smith at 7:18 am No comments: