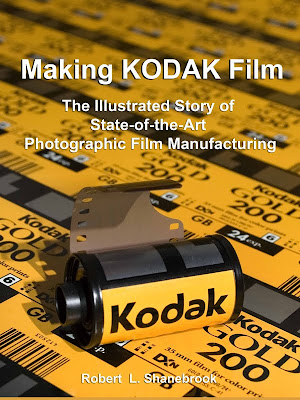 I don't normally review books, so please excuse my awkwardness but I feel this particular book is very important because it is as far as I know unique.


If you're reading this blog chances are just like me you're still using the odd roll of film or two, and if you're slightly geeky about it you've probably wondered about how that roll came into existence.
If so this book will certainly answer any questions as it covers film production from the manufacture of the base, the emulsion and perforating and slitting and packaging.
The book is clearly presented and very well written with over 150 photographs and illustrations showing the machinery and production methods at every stage.

The book itself is a soft-back about A4 size the paper and printing is very good quality.
I liked the images of the silver ingots showing them being put into the Nitric acid and also the confectioning machinery showing how films were perforated or this case the image below rolled with paper backing for 120. 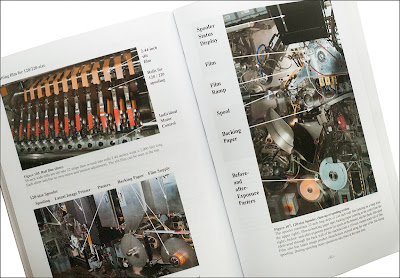 (image of the book showing 120 film slitting and confectioning)
The author Robert L. Shanebrook worked at Kodak for 35 years and must have spent quite a lot of time putting together this book, the photography is excellent as is the annotation and overall layout.
In fact I can't think of I'd criticise, the book is an invaluable reference for anyone interested in film.
If you'd like a copy of this book it's only available from the author at his website:
http://www.makingkodakfilm.com/


So all in all a quite wonderful book and I have enjoyed it immensely. It is a fantastic reference which I think Kodak should give to every member of their sales team especially customer support.
© Text Mark Antony and images Robert L. Shanebrook.

Posted by Photo–Smith at 9:18 am No comments: Links to this post 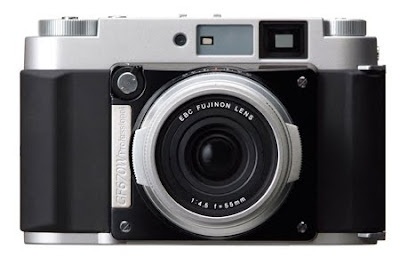 Fuji Has just announced that it plans to release a new medium format camera. The camera is called the GF670W and has a wide angle 55mm ƒ:4,5 Fujinon lens and has the capability to shoot 6x6 or 6x7 it also accepts both 120 and 220 film.

The shutter is a leaf type that has speeds 4-1/500 sec + B, features aperture priority as well as manual exposure modes and has an ISO range 25-3200.

Its not everyday a new film camera is released and after the sucess of their GF670 folding camera (known as the Voightlander Bessa outside Japan) it proves Fuji is committed to the medium.
Posted by Photo–Smith at 2:28 pm 1 comment: Links to this post