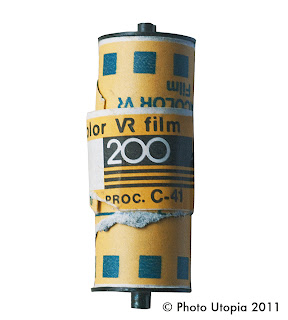 First a confession, I was given this film about 5 years ago, promptly put it in a draw and forgot about it.
It is a Kodak VR200 in 127 format dating from somewhere between 1982-90. I think the Kodak VR range were the first to use the T grain type emulsions, and were superseded by the Gold range in the late 1980's
Often people who find old colour films decide to process in B&W as either the process is no longer available or they think the colours will have faded anyhow.
As I have been processing my own C41 I decided there would be no harm loading up the old film, and as you can see by the following images they aren't too bad considering the film was loose wound and at least 20 years since exposure. 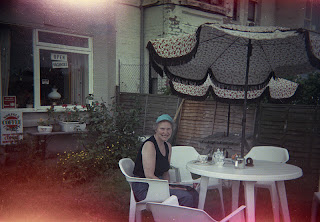 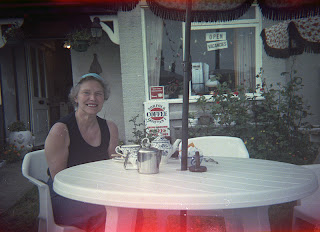 It looks like a bed and breakfast holiday on the East Anglian coast, probably taken with a folding camera.
© Photo Utopia 2011
Posted by Photo–Smith at 11:31 am 2 comments: