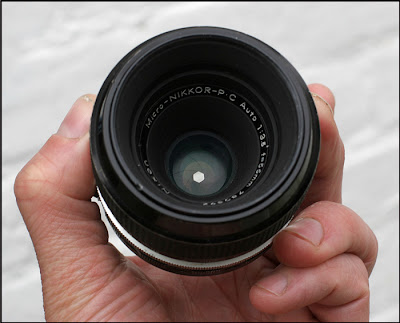 If I could give a note of advice to my 14 year old self about to embark on buying my first camera, it would be buy a Nikkormat. The lens I'd pair it with would be the 55mm Micro Nikkor, sure the lens is slower than the average standard and a little larger than most but its versatility is pretty much unmatched.
At infinity the Micro Nikkor holds its own against any 50mm especially at apertures F5.6-11 but the amazing trick is the close focus, most 50mm lenses focus down to about 45-50cm the Nikkor seem to keep going and going right down to 24cm at which point it delivers a 0.5x magnification (it needs a extension tube to reach 1:1)
For me this makes the lens very useful, in fact it stays attached to the camera 80% of the time and has replaced the 50mm HC as my main lens which is no mean feat, it really is that good.
Another feature of the Macro is the deep set front element making it very flare resistant, no need for a lens hood here!
Very nearly the perfect lens for most uses, its only limitation is the small maximum aperture which can also mean harder to focus under dull conditions and it also rules the optic out for low light work. 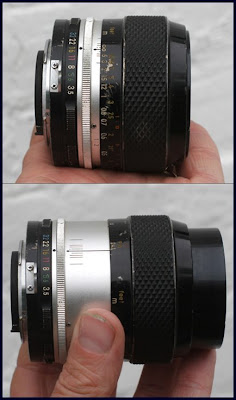 Above is an illustration of the length of the barrel at infinity and minimum focus.
Conclusion:
This lens is pretty much a must have for any Nikon manual focus user, if you have a camera that needs AI then the later 55mm F2,8 micro is just as good.
It can replace the standard 50mm F1.4-2 for pretty much everything but low light shooting, at infinity it's as good as my 50mm F2 H•C (and that's very good)
The ability to get down to half life size is something after using this lens for just a week that I can't do without.
I found this well used example for £40 at those  prices all I can say is– Get one!
Here is a shot at F5,6 at the close focus. 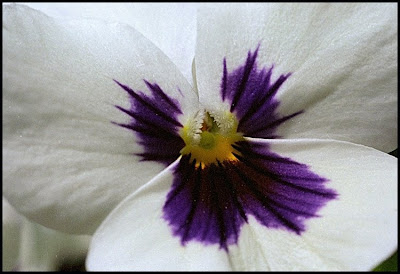