Kodachrome: A celebration of a legend 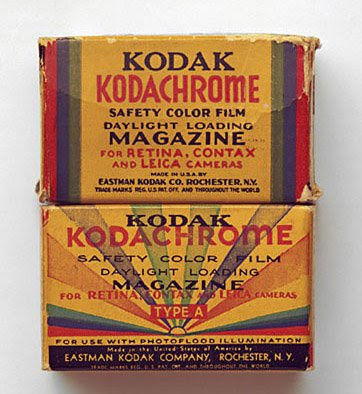 Kodachrome was born in 1935 the product of two musicians Leopold Godowsky and Leopold Mannes giving the phrase to Kodak employees 'Kodachrome made by God and Man'
Initially for 16mm movies with 35mm Stills following a year later. The film was the first really easy to use (no filters or glass plates) colour film which made it popular with serious amateurs and professionals especially with the then relatively new Leica cameras.
But the main reason for its success was its wonderful colours. Here courtesy of Simon97 are some images made before the second world war at the world fair in 1939: 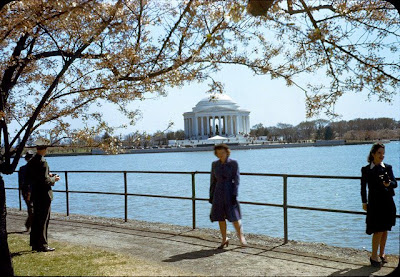 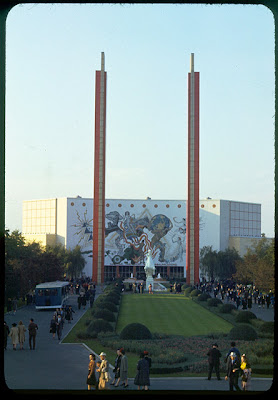 Most peoples vision of the 1930's is a dull grey these wonderful images show otherwise rich bright colours and tones that would become part of the post war portrayal of the American dream
Kodachrome in the 1930's was expensive; the equivalent of about $50 per roll in todays money which meant that it was used mainly by enthusiasts for important subjects like weddings, travels abroad and family occasions.
Over the next few years the film cemented its position as the number one colour film also being used by National Geographic to bring the colourful Kodachrome world right into the homes of ordinary Americans and people worldwide.
During the 1950's and 60's Kodachrome was at its peak in popularity, used to record many of histories defining moments; The conquering of Everest, Kennedy's assassination (16mm cine film) pictures of stars like Marilyn Monroe and Brigitte Bardot- Kodachrome was the colour of the 1950's and 60's.
During the 1960's the speed of the film was increased with the introduction of Kodachrome II the film became much easier to use for the average enthusiast 'snapper' of everyday family life, a Super 8 cine film was introduced at the same time.
By the late 1970's early 1980's people started to move away from slides and slide shows to the easier and faster colour print films for documenting family holidays; 1 hour mini-labs were starting to become common and professionals started using E-6 films like Ektachrome and Fujichrome.
As we moved into the 1990's Kodachrome had fallen out of favour, faster versions like the 200 ASA version and the introduction of 120 roll film versions aimed at professionals couldn't stem the tide and by 1998 Kodak started to close some Kodachrome labs and centralize their operations. Ten years later there was only one lab left to process the film and just a single speed in Kodaks product portfolio KR64.
The ultimate demise of Kodachrome was inevitable and started long ago, as a photographer I can only thank Kodak for keeping it going so long as I've been able to document my own children's early lives with a medium that has a proven longevity. I personally would have liked to see a '75 year birthday' but I expect Kodak are putting all their available efforts into the new modern 2 electron films they have recently introduced.
The end of an era, but I've a feeling that those slides will outlive most people reading this.
Kodachrome: born 1935 -expired 2009 aged 74 after a long and productive life. It leaves a treasure trove of social history and has touched the lives of millions of people worldwide.
All images and text © Mark Antony Smith 2009
Posted by Photo–Smith at 8:23 am 4 comments: Links to this post 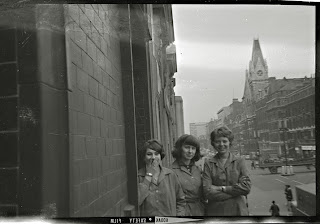 After some thought I think the above is the correct way round and the image below is reversed, I can't find a city hall in Lancashire that looks like this, possibly it's another municipal building.
During my little jaunts I sometimes come across interesting photographic items. Recently while at a car boot I found some old negatives lying among a pile of old cameras. They were 127 Kodak Verichrome Pan negs 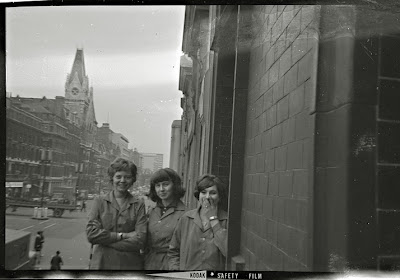 They look to have been taken sometime in the early-mid 1960's and I think they were taken in a northern English city posibly Manchester or Liverpool, I really like the young lady holding her hand over her face-she has a mischievous look about her.
I think the woman on the far left is the relative/girlfriend of the photographer as she shows up in the next frame 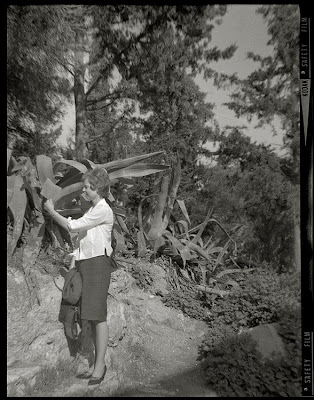 Who knows where this frame is, but its certainly not a northern English town.

Lovely shots, when I find photos like this I often wonder what happened to the people
Posted by Photo–Smith at 10:10 pm 4 comments: Links to this post 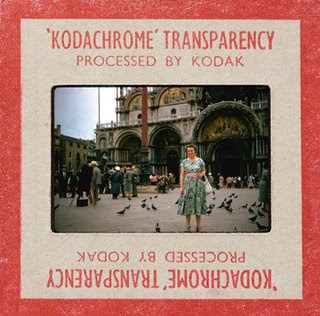 Some sad news today, after 74 years of production Kodak will be retiring their iconic Kodachrome film:
The Kodak announcement
I'm not sure why it is that Kodak have chosen to end the film after 74.5 years thus missing a golden opportunity for a 75 year publicity of the bringing of colour film to the masses.
Surely delaying the announcement and having a 'Happy Birthday Kodachrome' year in which they could run competitions, have online galleries - a celebration of their achievements. They could have then deleted it at the end of the year letting the film go with a bang rather than just fading away in a very un-Kodachrome manner.
I feel its unfortunate that they have deleted it just six months short of the 75th birthday. I guess Kodak had to decide on whether there was going to be a new coating, stocks having dwindled in their supply chain and they now feel that they are going to concentrate on their newer technology films like Ektar 100.
Kodak have a tribute on their blog A Thousand Words
My Tribute will follow....
Posted by Photo–Smith at 12:00 pm 2 comments: Links to this post