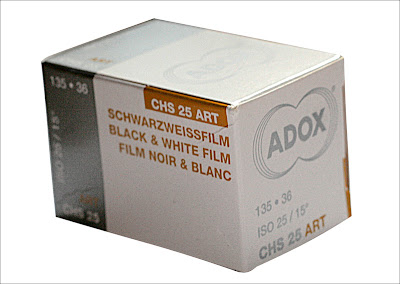 This film has been around since the 1950's and is the same as the EFKE emulsion that was called KB14.
I had used the KB14 version of this film in the 1980's and found it to be a little contrasty for my taste (which was Agfa AP25) and as most of my shooting at the time was done on 400 speed films, I didn't really persevere in finding a good exposure/development time combination.

Now in the 21st century I find myself trying the film again, this time armed with 3 rolls and some time to 'nail' a setting.
The film is pretty much as I remembered it, contrasty, slow and pretty fine grained, I eventually settled on a development time of 18mins in Rodinal at 1:100 which gives the long range of tones I like for scanning.

Also it must be noted that this is a thin emulsion that needs to be handled carefully, especially in 120 size. With a one min pre-soak (which will look blue when tipped out). 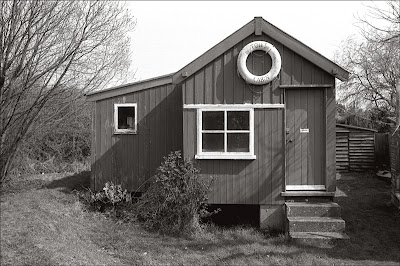 The image above was taken early in the day in quite bright sunlight and clearly shows how well this film can handle contrast if processed carefully using a lower contrast developer or higher dilution. 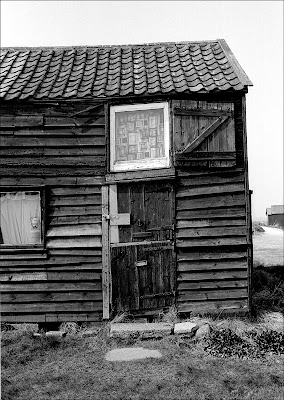 below is a 100% crop of the door in the above image which was taken in very bright conditions at mid-day. 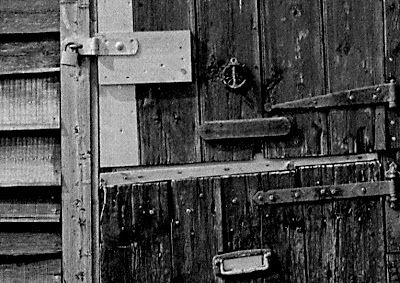 As you can see, the detail is good and the grain is fine especially for an 'old tech' type film and certainly OK up to 12x18 (A3+) most of the grain/noise is probably introduced during scanning.

So overall i like this film, with the exception of the excessive contrast caveat which can clearly be seen in the two images posted (the second image was processed 1:50 at recommended times and is higher in contrast).
Who'd have thought the old film was so good, whether films like Acros or T-Max 100 give similar results at higher speeds is debatable but if you like the old tech films and the way they handle this film is worth a try.
All Images and text ©Mark Antony Smith 2007
Posted by Photo–Smith at 12:21 pm 3 comments: Links to this post