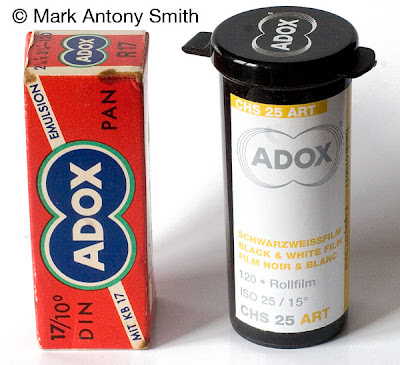 After my successful soiree into the world of processing ancient film, a couple of people have given me some more films to try, first up is the iconic roll film Adox R17.
As you can see from the image above Adox still produce film and you can compare 1958 box alongside 2007 packaging.
I have blogged about the history of Adox in a previous post link  so I'll not go over that ground again here. 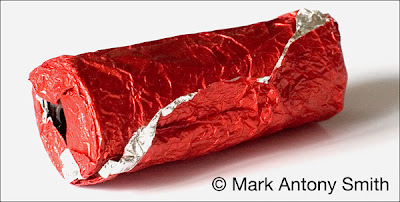 Inside the box the roll was wrapped in a red foil, I'm not sure if this is original, but it seems to be the correct width and colour, so I have no reason to doubt Adox used foil and the picture above is representative of the product.

Above is the roll taken out of the foil, it has a metal spool and on the backing (not visible) the word 'EXPONIERT' which means exposed in German.
I decided to process the film in Ilford ID11 at the recommended time for KB17 which is 6.5 mins.
Here are the images: 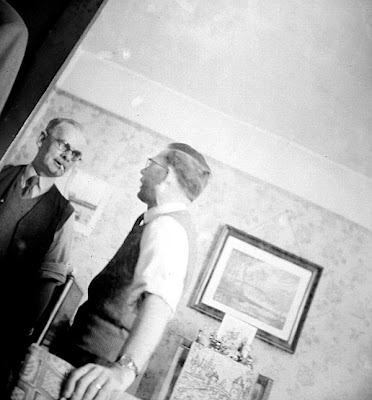 There has obviously been some slight damage from the backing paper over the last 50 years, but overall these images are surprisingly good. 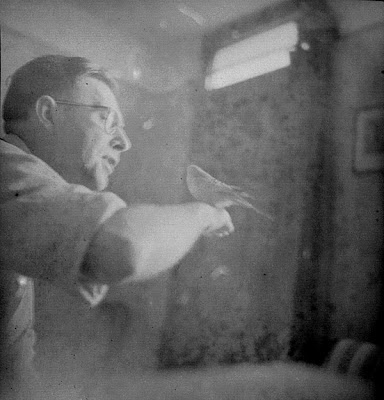 They definitely come from the correct timeframe for the film which was dated AUG 1958, judging from the clothes. 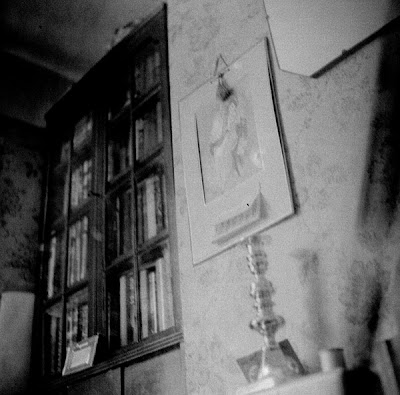 From this shot a calendar can be seen, the date March 1958 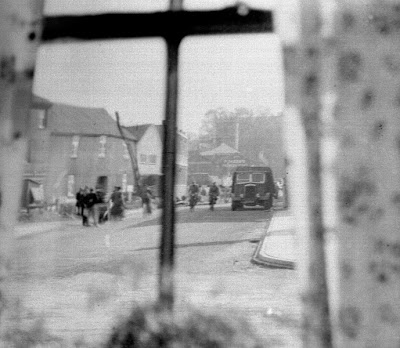 A window view, clearly England, I'll try to find out where and who these people are.
More to follow....
© Images and text Mark Antony Smith 2007
Posted by Photo–Smith at 3:11 pm 6 comments: Links to this post