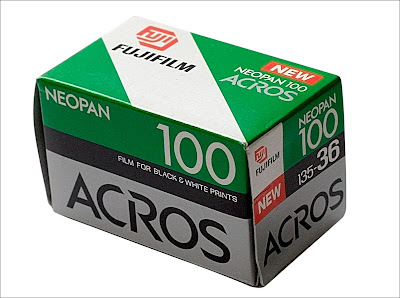 This film despite having the word 'new' all over its packaging has been around since 2002, I suppose compared to others in these tests that is fairly new!

This film has one of the finer grain structures of 100 speed films, depending on which developer you opt for will give grain similar or better than T-Max 100 (TMX), and is an excellent choice when accutance and fine grain are called for.

Some feel that the film is a little contrasty and can look 'clinical' or 'metallic' and dare I say digital feel. While it may be true that there are films with a nicer tonal range this can be helped by developer choice. 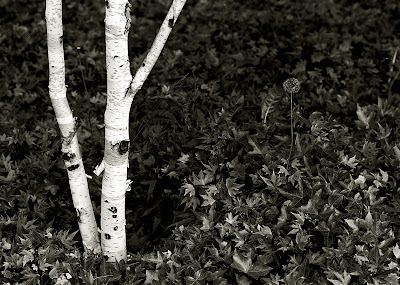 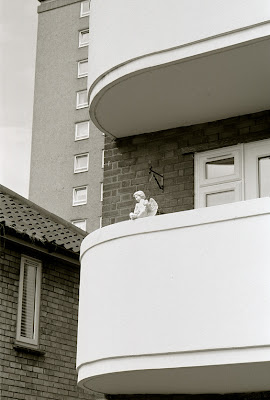 Notice how the highlights (especially the sky) have been held yet so has the detail in the shadows this is one of the reasons I rate Rodinal so highly, for its ability to work well with variable dilution's.

Grain is very fine in fact probably the finest 100 speed available although it is very close to T-Max 100 I prefer Acros for the way it both scans and prints.
Acros is my film of choice for 120, I feel it gives both the acutance and tonal range, although for 35mm I prefer 'conventional' films for some subjects such as portraits and subjects that require a softer approach.
But if you mainly shoot Landscapes or detailed subjects Acros is the way to go.

All Images and text ©Mark Antony Smith 2007
Posted by Photo–Smith at 6:18 pm 2 comments: Links to this post