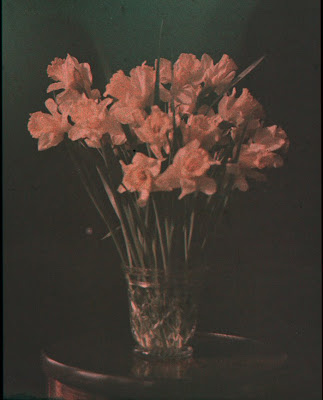 In a previous post I have explored the early colour methods using RGB filters to make colour images.
In this post we'll be looking at the first commercially viable colour process- Autochrome.

Autochrome was the first generally available process for colour photography and was invented by the brothers Auguste and Louis Lumiere and was first commercially marketed in 1907.
The plates were made by mixing potato starch grains which were dyed three colours red/orange, green and blue violet. These were then coated onto a glass plate with the gaps filled by 'lamp black' a type of graphite, they were then sealed with a varnish after which a orthochromatic monochrome emulsion was added. 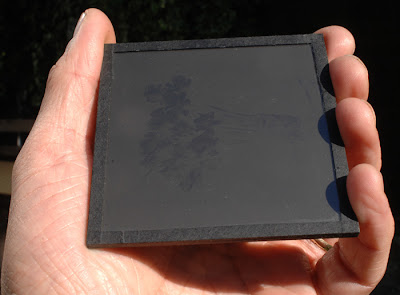 You can see from the image above the emulsion 'relief' on the reverse side of the plate. the following image shows the plate just held up to the sky. 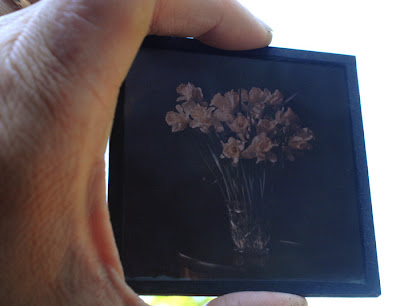 The image is actually quite dense, when originally shot a slide like the one above shot indoors may have taken several miniutes to expose, even outdoor shots in sunlight may have taken a few seconds.
The colours are wonderful though, to think this slide is one hundred years old this technology must have been fantastic at the time. 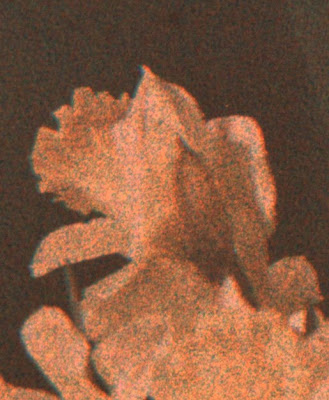 Above is a close-up view of the grain structure which has been described by some as pointillist, but I quite like it- Autochomes certainly have a unique look!
The slide in this post was bought on ebay for a few pounds and is a lovely slice of photographic history. The original may have shifted slightly in colour or the orange-red look may have been characteristic of the slide at the time of development.
I have attempted to 'correct' the following image using the wonders of modern technology, not sure if I like it any better... 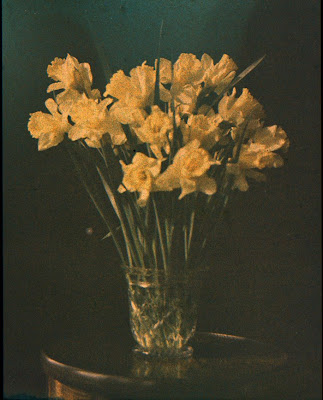 One thing is for sure Autochrome was a wonderful process.
Posted by Photo–Smith at 11:32 am 2 comments: Links to this post