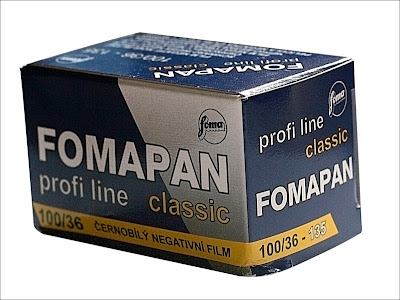 Foma is a Czech firm that have been making film since the 1920's Foma (link) based in Bohemia make a range of films and papers, the films are the Classic 100, Creative 200, Action 400 and a Reversal film R100 for mono slides or cine photography. The company also make a reasonably wide range of formats including sheet sizes up to 18x24cm. 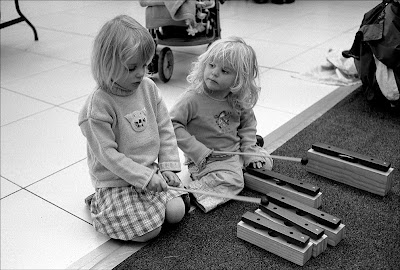 Foma 100 Classic has a long tonal range, not unlike Agfa APX 100 but with a slightly more modern look, for me it has elements of both a classic (tonal range and grain structure) and modern (accutance) emulsion. Kind of like a Marriage between Agfa APX and Fuji Across. 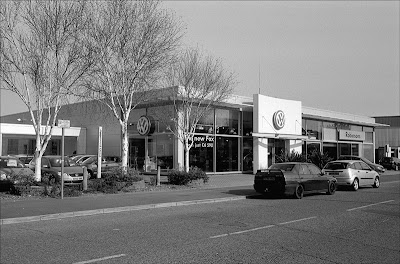 The test image above was taken in very contrasty lighting the spot meter readings were 1/250 at F16 on the area near the VW roundall (which is off white) right down to the interior of the dealership which was 1/125 at F2 the exposure selected was 1/250 at 5.6 in order to preserve the textured white around the badge. 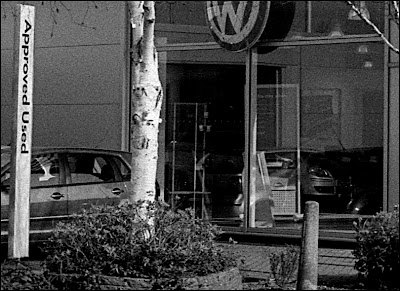 Above is an 100% enlargement of the area to the side shows the grain characteristics of the film, which although shows more grain than say T-Max 100 or Fuji Acros is still quite pleasent to the eye.

In my opinion Fomapan 100 is a very good film, will probably be my replacement for the defunct Agfapan when stock dwindles. Probably not the best choice for landscape work where its grain structure might be a little obtrusive (in 35mm form) but certainly very good for street and people photography.

Most of all I like Fomapan Classic for its lovely tonal range: 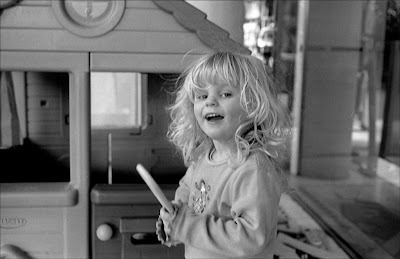 In fact this film was the only film in the 'test' that I'd not previously used, and after about a week or so of evalutaion of the negatives I'm placing an order for 20 more rolls!

I must agree, I am also pleased by the results from Fomapan 100, especially with Pyrocat HD and in middle format. Besides, here in Czech republic it is very cheap (3 rolls for 155 Kc ~ 6.2 Euro).

I would like to kmow how you developed the test film.

how did you develop the test film?

Hi
I processed it in both D76 and Agfa Rodinal I have settled on the latter.

The method I used was a dilution of 1:50 with two agitations on the min.