In a recent post I looked at Ilford Delta 3200, and was especially impressed with the emulsion in its 120 roll film format.
One of the biggest problems with pushing film is that the rule of thumb is the more you push the higher the contrast. Of course developer choice is critical but all films have their limits, especially if you need a long tonal scale or reasonable grain.
I've found that Ilford Delta has probably the best tonal range of any super fast film (over 1000 ISO) I've tried, so how far can I push it before picture quality is compromised?
Over the past months I've been using quite a bit of Delta, first off at 3200, and after being impressed by the tonal scale I've then progressively racked up the speed; these shots are rated at EI 12,800 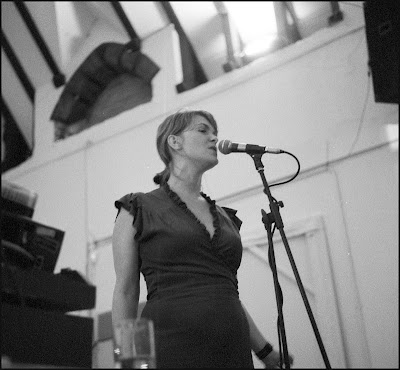 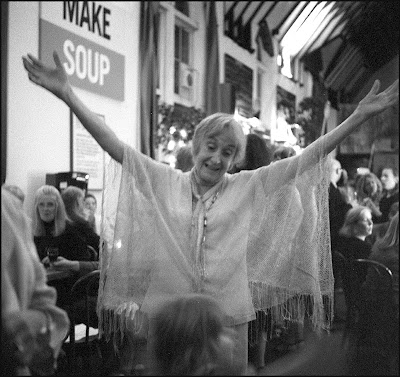 These images were taken in pretty dark conditions, so much so I had little confidence and only shot one roll (oh ye of little faith)
Average shutter speeds were 1/15 wide open at F3,5 the film was then developed for 18 mins in Ilford Microphen a speed increasing developer.
Undeterred and impressed so far I decided to go all out to 25,000 EI, the following shot had the this lighting set-up.
A 15" laptop on the ebay.com homepage was paced on a table at waist level 1m (3ft) from the face, the room was totally dark. This should give you a rough idea how little light i had to play with.
My spotmeter reading from the lighter side of the face suggested 1/15 f3,5 (adjusting for EI 25,000 as my lightmeter only goes to 6400) so I decided to set 1/8 wide open to set the highlight on the face on zone VI. 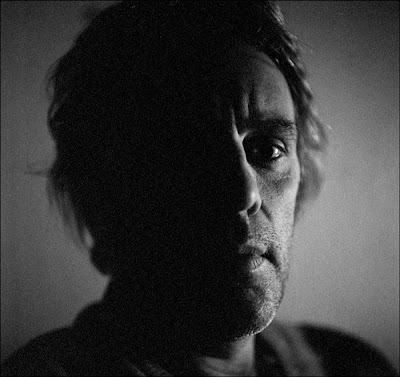 Obviously an extreme case with little or no shadow detail, grain and contrast seem to have help up pretty well - all things considered. 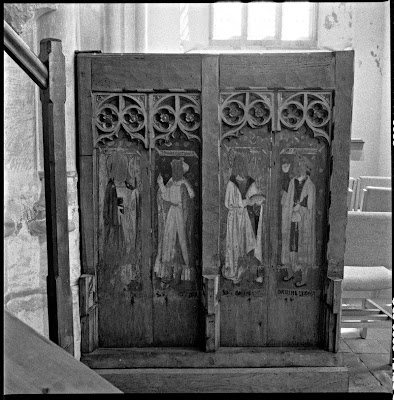 The image above is of a 'rood screen' in a Norfolk church, although quite dull inside the church the window in the background and the detail in the screen are easily discernible something that is hard to do with extreme pushing which tends to increase contrast.
The film base had a much higher level of density (base fog) than normal with a slight blue tinge, but hardly surprising given the 25 min development time.
My conclusion about this film is that it is a wonderful tool to have in the film photographers camera bag, exposed and developed with care can give astonishing results.
The best quality will be obtained by using a speed increasing developer like DDX or Microphen.

© All images and text Mark Smith
Posted by Photo–Smith at 9:20 am

just the info I was after before trying the lonely 3200 in my fridge.

It's a great film especially in 120 where the grain is fine at the speed. If I'm using it in 35mm I'd try the 1000 EI for good grain or 3200 for that gritty 'photo journalist' look.
Remember to use DDX/Microphen though.
Mark

Great tonality you've got with the Delta 3200. Can you please share some more details regarding the development? Agitation, temperature etc...

Well I processed it in Microphen Stock solution for 18 mins agitation for the first min then two inversions (tilts) per min thereafter.
Most of the tone is due to it being 120.
I get Ok results at EI 800-1600 in Rodinal 1:25 too.
Mark

Noons the base is grey, rather like a few faster films nothing to worry about, it certainly will look grey compared to Neopan
M

I was looking for a new film for church interiors and the Delta 3200 @EI 1000 in DDX looked amazing. Printed up to 9x6 very nicely.

Its a great film especially in 120, a little more grain than say TMZ in 35mm but very nice tonally.

Everyone should have a roll.....